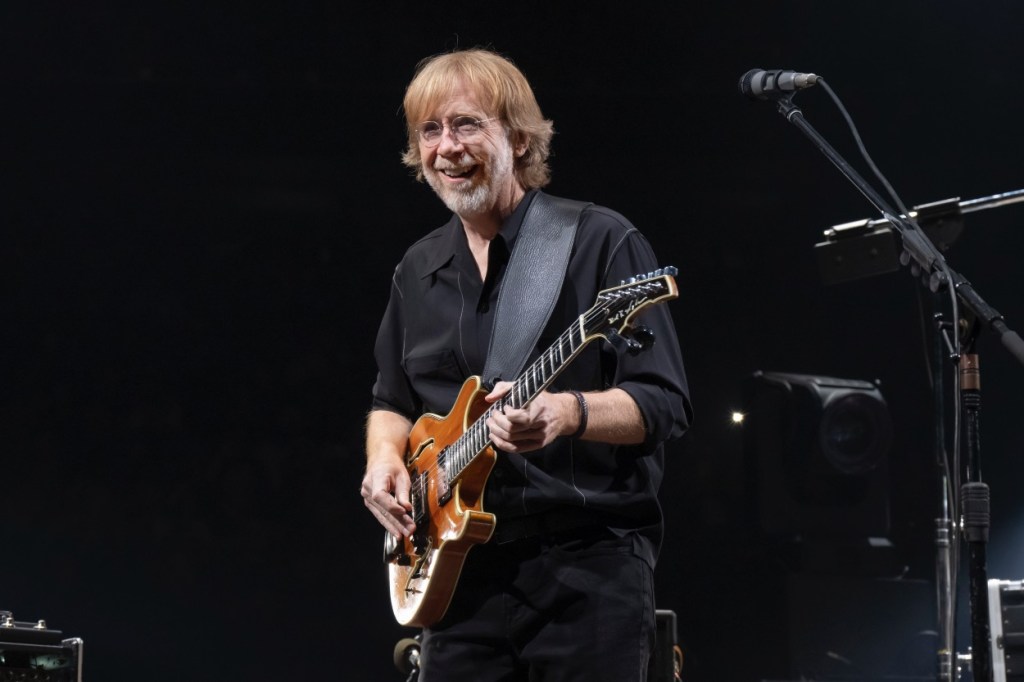 Phish guitarist and frontman Trey Anastasio is currently on his Summer Solo Acoustic tour throughout the Midwest in between Phish’s Summer tour dates. Earlier this week he made a stop at Grand Rapids, MI’s Frederik Meijer Gardens Amphitheater where he invited a young girl on stage to sing Phish‘s song ‘Bug’ with him and she absolutely slayed it.

Performing in front of a crowd can bring some people crippling anxiety. I once chose to drop a class in college instead of getting up in front of 250 people and giving a speech about any topic of my choosing. I’m absolutely one of those people who get performance anxiety and it astonishes me to see someone so young do this so naturally.

This came about when Trey Anastasio saw the young girl named Jovi holding a sign that said “Can I sing Bug with u?” He then brought her onto the stage to sing the song in front of his fans (1,900 person capacity amphitheater).

A post shared by Live For Live Music (@liveforlivemusic)

Trey Anastasio went on to say “That was amazing! That’s Jovi. That was incredible, Jovi. You’re so good. So good…She’s amazing!”

Here’s what ‘Bug’ by Phish sounds like when it isn’t solo acoustic:

This video went EVERYWHERE in the Phish world overnight

It’s actually been amazing to see how the Phish community has responded to this video. The band has been together since the early 1980s in Vermont. The band members all in their late 50s now and most of them have growing families of their own. In short, they’re a dad band.

And the fact that they’ve been touring for nearly 40 years means their fans aged from being prep school hippies into family folk themselves. The first time I saw Phish I wasn’t even old enough to buy beer at the concert and now I’ve got a son of my own who isn’t too much younger than the girl in this video.

I think this is a pretty universal experience a lot of Phish and Trey Anastasio fans are having right now with this video. Imagining our own kids having the confidence to get up on stage and sing a song that makes them happy in front of complete strangers. It’s incredibly heartwarming to imagine.

Trey Anastasio Has Been Teaching Music Lessons On Facebook

A few months back I opened the Facebook app on my phone, something I rarely do these days. And I got a notification that Trey Anastasio had just gone live. It was his first in a series of ‘music lesson’ videos that are absolutely worth your time.

Here’s the first one:

If you enjoyed that just click through to the Trey Anastasio Facebook page. You will find 8 more videos in his 9-part series on making music.