Tupac’s Breakup Love Letter To Madonna Officially About To Go Up For Auction, Expected To Fetch A Huge Price 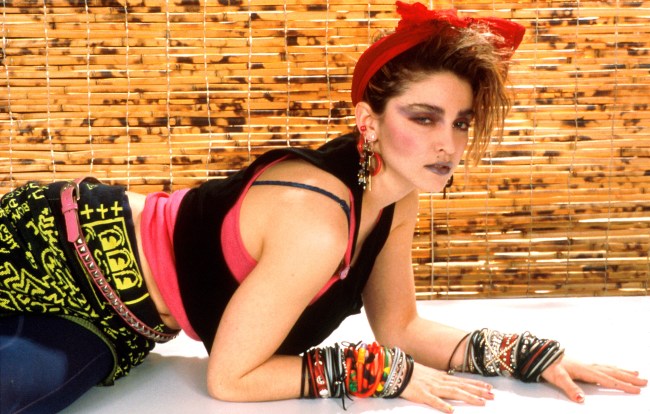 It’s taken around two years for an infamous handwritten and signed love letter in which Tupac breaks up with Madonna to finally hit the auction block. But once Madonna lost her appeal to block the sale of the letter in June, the way was paved for it to happen.

The letter, written by Tupac Shakur when he was in prison, is being sold through memorabilia company Gotta Have Rock & Roll with bidding set to begin on July 17.

Tupac addressed the letter to “M”, dated it, “Jan 15 1995, 9:30 A.M.” and signed it “Always, 2PAC, Tupac Shakur” in black ink on lined paper. The deep connection between Tupac and Madonna is seen throughout the letter. He writes about their relationship in terms of race and celebrity status, and how societal norms affect their relationship, writing “I must apologize to you. Because like you said I haven’t been the kind of friend I know I am capable of being. Not because I am evil or because you weren’t worthy but at the risk of sounding over dramatic, the effects of racism make it difficult for a young black man to properly show affection for an older white woman.”

Today 1996: Tupac Shakur, long-term boyfriend of Madonna and one of the best-selling music artists of all time, was shot & killed, he was 25 pic.twitter.com/gof808nBBY

He further writes about his fears about his own death, which he feared would come soon, writing, “If there is any information you can share with me regarding Jack & crew please do it could very well be a matter of live & death”. He also warns her to be safe, writing “Please be careful Madonna. Everyone is not as honorable as they seem. There are those whose hearts bleed with envy & evil. They would not hesitate to do you harm! Let my 5 bullets be proof of that!”

It was less than two years later that Tupac’s worst fears came true, when he was viciously gunned down on the night of September 7, 1996 in his car in Las Vegas.

Handwritten in black ballpoint pen on three pages, each measuring 8.5 x 13. From the collection of Darlene Lutz, Madonna’s former fine art advisor. Very good condition. Comes with a letter of provenance from Ms. Lutz and a Gotta Have Rock & Roll™ Certificate of Authenticity.

Tupac Shakur’s letter sent to Madonna while in prison in 1995 to be auctioned and bidding starts from $100,000 on the 17th of July.

Lutz, an art consultant, is a former friend of Madonna’s, and the person Madonna sued in an effort to stop the sale of the letter.

A portion of the proceeds of the letter’s sale will be go to BreastCancer.org as Lutz is a breast cancer survivor.