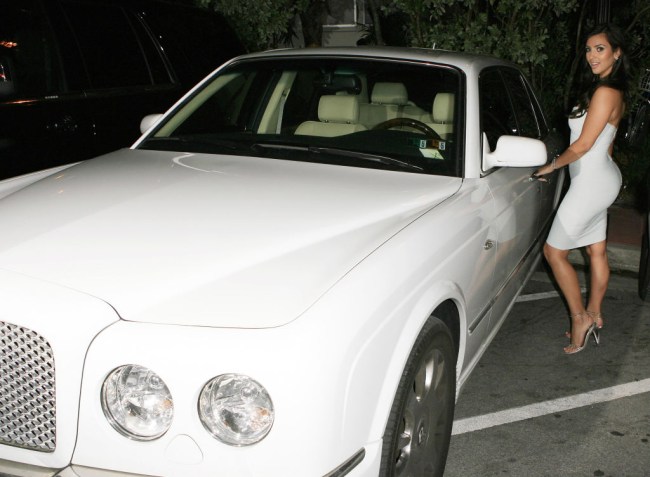 Tupac Shakur received four MTV Video Music Awards nominations during his hip-hop career for California Love, Changes and Thugz Mansion. One music video that did not win a nomination was All About U featuring Dru Down, Nate Dogg, Hussein Fatal, Yaki Kadafi and Snoop Dogg. But it did have Kim Kardashian.

Kim Kardashian recently appeared on the Foodgod podcast, which is hosted by her good friend Jonathan Cheban. The podcast host asked Kardashian to name something that he didn’t know about her.

The reality TV star replied: “When I was 14, I was in a Tupac video. It was like 1994.” Then Kardashian revealed that she lied to get on the video. “So first of all, we lied and said we were like 18 probably,” Kardashian continued. “I definitely looked 18. I didn’t even drive. Kimberly Stewart was in some, I don’t even know what, I think it was for a soundtrack. I have to call Kourtney [Kardashian] and find out.”

Unfortunately for Kim and fortunately for Tupac, Shakur was never on the set with Kardashian. “No, he wasn’t there, I’ve never seen the footage,” Kim admitted.

The track was part of Tupac’s classic All Eyez On Me album that was released in 1996. You can see Kim Kardashian in 2pac’s All About U music video at the 3:05, 3:27, and 4:22 marks. So we can blame Tupac for making Kim Kardashian a thing?

RELATED: There Are Hip-Hop Fans Who Believe Playboi Carti Is A Reincarnation Of Tupac