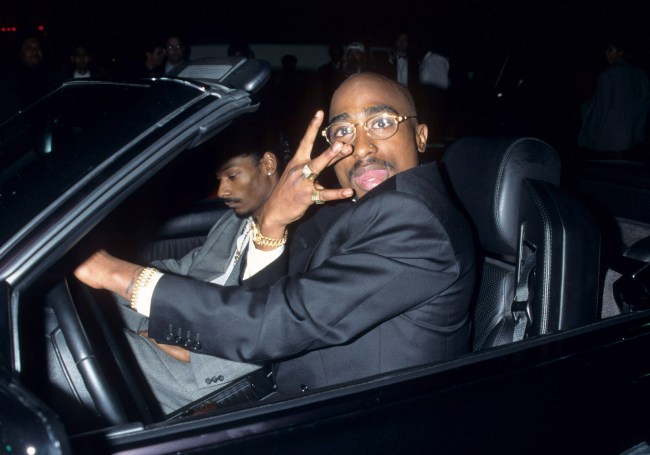 Tupac Shakur’s death is already shrouded in conspiracy theories and wild speculation. But there is now a new theory that suggests that when Tupac Shakur died, he was reincarnated as rapper Playboi Carti.

Tupac Shakur died on September 13, 1996, six days after the hip-hop legend was gunned down in Las Vegas. Tupac was in Suge Knight’s 1996 black BMW 750iL when he was hit by four gunshots from a drive-by shooting. Shakur succumbed to his injuries and was pronounced dead at 4:03 PM on Friday, September 13th, 1996.

Fast forward to last Friday, when the internet went into full-blown conspiracy theory mode and theorized that Tupac Shakur died and then was reincarnated as Playboi Carti.

Instead of just a mere coincidence, there are some hip-hop fans who truly believe that Playboi Carti is the next Tupac and the “second coming of Tupac.” “God took Tupac and gave us playboi carti,” a rap fan said on Twitter.

The day Tupac died, was the day @playboicarti was born. Coincidence? I think not.

On this day 23 years ago, Tupac Shakur passed away and @playboicarti was born.

playboi cartis birthday is today, and today is also the same day tupac died. PLAYBOI CARTI IS THE REINCARNATION OF TUPAC

Playboi Carti is the reincarnation of Tupac Shakur. Fight me.

23 years ago today a rapper called tupac died and was reincarnated into the greatest artist of all time, Playboi Carti pic.twitter.com/6JmffObfSj

It should also be noted that September 13, 2019, was not only Tupac’s death day, Playboi Carti’s birthday, but also the 50th anniversary of Scooby-Doo. So what if Shaggy is actually the next Tupac?