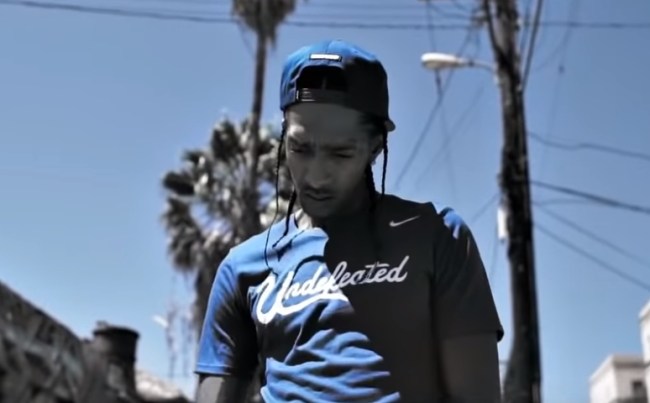 Many people have made comparisons of Nipsey Hussle and Tupac Shakur. Both hip-hop artists had an influence that transcended music and both rappers were cut down in their prime in a hail of bullets from vengeful enemies. Now Suge Knight has made the same connection and said that Nipsey Hussle is a lot like Tupac, but also reminds him of himself for being too loyal to his hood.

The 53-year-old Marion “Suge” Knight is currently serving a 28-year prison sentence for the voluntary manslaughter of Terry Carter. The former Death Row boss is locked up at the RJ Donovan Correctional Facility in San Diego, in California, but he was able to free up some time to give an interview to TMZ about the similarities between 2pac and Nipsey Hussle.

“I feel that Nipsey was trying to follow the same Tupac manual to the community,” he said. “He came together with YG like Snoop did with Tupac.” Knight is referencing Last Time That I Checc’d track where Crenshaw rapper Hussle rapped alongside YG, who is affiliated with the Bloods gang. Similarly, Snoop was a Crip from Long Beach and Tupac was originally a Blood.

“What’s good is that all the hoods getting together now,” Suge said. “We can be stronger considering what happens when we come together.” All the rival L.A. gangs have come together since Nipsey Hussle was killed in the streets, much like what happened after Pac’s murder.

Suge also said that Nipsey’s need to stay in the mean streets of Crenshaw caused him to lose his life and compared the Victory Lap rapper to himself. “A lot of artists like Nipsey have the same problem that I had,” Suge told TMZ. “We are too loyal to our neighborhood. Even though you have enough money to move, you want to stay on the block because when you go around Hollywood it’s all watered down.”

Knight said that he used to go back to his old stomping ground just to “get chili cheese fries and strawberries and talk to my lil homies.” Suge added that those same homies need to protect their famous friends from people who would do them harm. They need to “help you survive,” the incarcerated Death Row mogul said.

The 33-year-old Hussle was murdered on March 31 right outside of his clothing store in Los Angeles. Nipsey was shot multiple times outside of the Marathon Clothing store by Eric Holder, who was angered that Hussle disrespected him by calling him a snitch.

In the past, Hussle talked about Tupac being a huge influence on his life. “Pac spoke to the kids in the streets, but from what I’ve seen, he was trying to lead,” Hussle said of Tupac. “He was speaking to the struggle, not just fans of the music.”

RELATED: Tupac’s Murder Suspect Orlando Anderson Was Outed To Police By His Own Aunt According To Former LAPD Detective