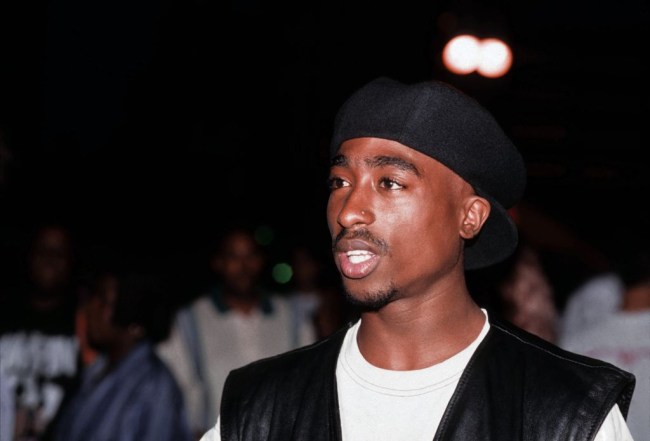 Tupac Shakur died on September 13, 1996, at the age of 25, six days after being gunned down in a drive-by shooting in Las Vegas. Yet over two decades later after the legendary rapper’s murder, we still don’t know who killed Tupac. Orlando Anderson is widely believed to be Tupac’s killer, but a new interview brings evidence against the Southside Crips gang member in the death of Shakur.

Greg Kading is a retired Los Angeles detective who also worked on a special task force that investigated the murders of rap stars Tupac and Biggie Smalls. After 22 years in the force, Kading retired from service in June of 2010. Since then he self-published the book Murder Rap: The Untold Story of the Biggie Smalls & Tupac Shakur Murder Investigations. There was also a MurderRap documentary that debuted in 2016. Kading was also a co-executive producer on the USA Network series Unsolved and was portrayed in the TV show.

Kading recently did an interview with VladTV where he confirmed several informants told the police who killed 2pac, even gangbangers in the Southside Crips. Kading named a man with the last name of “Brooks,” who witnessed the aftermath of the shooting where Orlando “Baby Lane” Anderson was taking credit for the drive-by.

Kading said that one police informant was a family member of Orlando Anderson. The former detective said that the aunt of Orlando contacted LAPD to snitch on her nephew. She initially volunteered the information anonymously under the alias “Candy.” Kading said the aunt’s motive was that she was not part of the gang culture and saw that Tupac’s murder would only escalate the gang war.

Anderson’s uncle Keefe D also ratted his nephew out, but only after Anderson was dead. Anderson was shot dead on May 29, 1998, in what is said to be a gang-related shootout. To this day, nobody has been charged with the murders to Tupac Shakur and Biggie Smalls.

Kading said some informants were being paid to provide evidence. “Everybody has their own motive, it’s not always because you’re trying to get yourself out of trouble, sometimes its because you’re getting paid. There are informants who do get paid by the police.” Kading said he would give someone $100 to find out where drugs were being sold and he had “informants all over the place.” He would go out of his way to protect informants who got into trouble with the law.

Kading also did a Reddit AMA last year where he fielded questions about the murders of Tupac and Biggie Smalls. Kading was asked, “Who do you think killed Tupac?” Kading confidentlly responded, “I dont think:) I know. Tupac was shot and killed by Orlando Anderson. There were at least four other co-conspirators.” When asked why wasn’t Anderson charged in the murder of Tupac, the former LAPD detective replied, “Good question. Unfortunately, by the time we had factual proof, Orlando was already dead from an unrelated gang shooting.”

Kading was also asked if he knew who killed Christopher Wallace AKA the Notorious B.I.G. and he responded, “Suge Knight hired a gang member named Wardell ‘Poochie’ Fouse.” Kading added that “Biggie was absolutely retaliation for Tupac’s murder, so the murders are definitely linked. Big had nothing to do with any of it outside of the war of words with Tupac.”

Greg Kading also talked with VladTV about the conspiracy theory about the sudden death of a detective working on the Biggie murder case.

Kading talked about the beef between Suge Knight and Diddy.

Kading addresses the conspiracy theory that Keefe D was offered $1 million by Diddy to do a hit and murder Tupac and Suge.