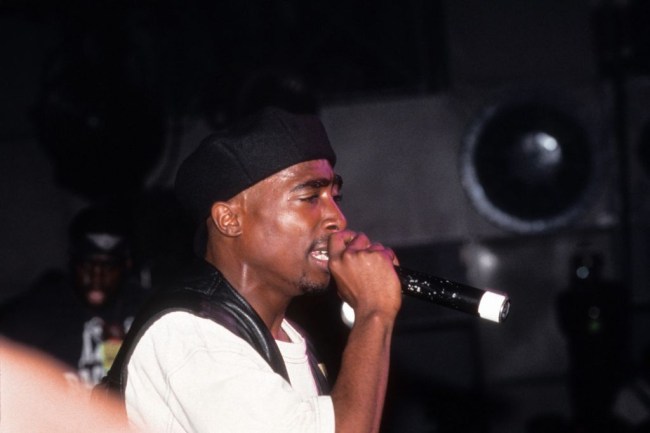 Today is June 16 and 48 years ago today, Lesane Parish Crooks was born, who would become the late great Tupac Amaru Shakur. Had things been different, Tupac Shakur would have been 48-years-old today. Sadly, Tupac was gunned down, in what is still an unsolved murder nearly 23 years later. One former LAPD detective says he knows who murdered Tupac and there is no conspiracy theory surrounding the legendary rapper’s death.

Tupac was gunned down in a drive-by shooting on September 13, 1996, after attending the Mike Tyson heavyweight fight in Las Vegas. Tupac would succumb to his gunshot wounds six days later and die at the young age of 25. Many thought Tupac’s murder had to do with the escalating East Coast–West Coast rap war that featured big-name players such as Death Row’s Suge Knight and Snoop Dogg as well as Bad Boy Productions’ Sean Puffy Combs and Biggie Smalls.

Former Los Angeles Police Department detective Greg Kading, who worked on the infamous murder case, says he knows who Tupac’s killer was. Kading recently appeared on Today Australia, which you can watch HERE, and reaffirmed that the man who murdered Tupac was Orlando “Baby Lane” Anderson.

Kading is positive that Anderson, who was a member of the South Compton Crips, is 2pac’s killer. Surveillance footage shows Anderson at the MGM Grand Hotel where he got into a physical altercation with 2pac and his entourage before the Tyson fight. Anderson is believed to be the triggerman in Shakur’s fatal drive-by shooting on the Vegas strip.

“Anderson was the guy that Tupac had a fight with earlier that evening and he came back and retaliated with his crew,” Kading explained in the interview.

Anderson was often named as a prime suspect in 2pac’s murder, but charges were never brought against him. Anderson, who denied shooting 2pac, died in 1998 in a gang-related shooting.

Kading also led the investigation into the mysterious death of Biggie Smalls. The Notorious B.I.G., born Christopher Wallace, was also murdered in a drive-by shooting. The Notorious B.I.G. was shot and killed by a man wearing a suit and a bowtie in a black Chevy Impala. To this day, Biggie’s killer is unknown and has yet to be brought to justice.

“There’s really not much mystery behind these murders, even though there’s a bunch of conspiracy surrounding them,” Kading said. “When you just get down to the brass tacks of it they’re relatively simple.”

“All of the facts and evidence point to one thing and one thing only,” Kading continued. “They recognize that also and we’ve all embraced each other and recognize this to be the conclusive and definitive truth behind the murders.”

Kading wrote the book Murder Rap: The Untold Story of the Biggie Smalls & Tupac Shakur Murder Investigations in 2011 and was the co-executive producer of The Murders of Tupac and the Notorious B.I.G., a 2018 true crime anthology TV series for the USA Network.