Chris Gotti Talks About How Suge Knight Tried To Steal Ja Rule From Murder Inc. Because He Reminded Him Of Tupac 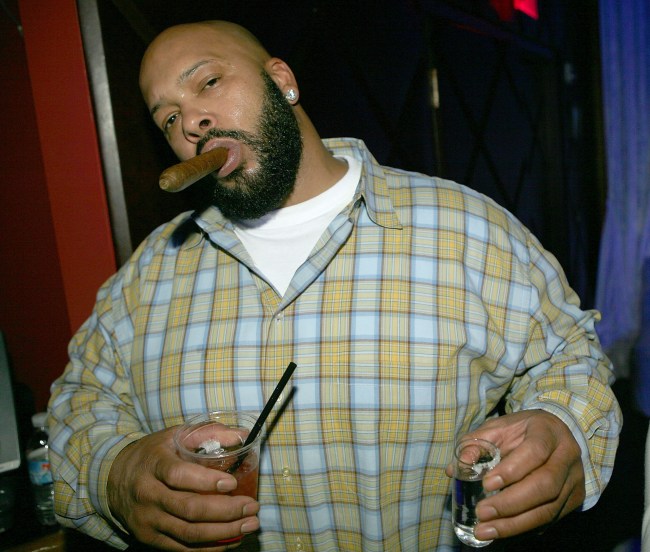 Chris Gotti told the story about how Suge Knight tried to steal Murder Inc.’s star rapper — Ja Rule, back in the day. Gotti talked to Doggie Diamonds on his No Filter Podcast and revealed the crazy story.

Chris Gotti and his brother Irv Gotti founded the Murder Inc. label in the early 2000s under the umbrella of Def Jam. Murder Inc.’s biggest music act was Ja Rule and his Pain Is Love album went multi-platinum. But also at that time, Death Row CEO Suge Knight wanted to steal Ja Rule from Murder Inc.

Suge Knight was impressed by Ja Rule and thought that the Put It on Me rapper had a special gift and compared him to Tupac Shakur. Knight was so enamored with Ja Rule that he tried to recruit him for Death Row Records.

Chris Gotti explained what went down. “I f*ck with Suge, but you know it wasn’t always good,” Gotti said on the No Filter Podcast. “He showed a good side but he made one move to do, but all predators make one move. They try you, and if you don’t stand right, you gon’ get tested, right? That’s a predator. That is the absolute, Anyone who deals with a predator or is a predator, if they try something, it’s because they’re seeing how far they can get away with something.”

“[It was] when Ja was doing Blood in My Eye and he made a move for Ja Rule,” Gotti explained. “Kevin Liles calls me from the office talking ’bout, ‘Suge Knight is in here talkin’ ’bout Ja Rule is his artists’ [and] ‘What happened in L.A.?’ I speak to Irv and was basically like, ‘Imma go see him.’ Irv wasn’t in New York at the time. Irv was like, ‘Do what you want.’”

Gotti took 40 men to the St. Regis Hotel in New York City where Knight was staying. Gotti took 10 dudes up to Knight’s hotel room and left 30 men “on the street posting up.” The two hip-hop record execs had a conversation and Gotti told Compton-based Suge that he was supposed to “check-in” because he was in Murder Inc. territory.

“But we got real good after that and I wish him all the best,” Gotti said of the Death Row boss. Suge Knight is currently in prison serving time for murder.

In a Too Fab interview from July, Ja Rule explained Suge wanted him on Death Row so badly because he reminded Knight of Tupac Shakur. “It was an emotional moment for Suge, because I think he seen qualities in me that I guess he seen in Pac. And then actually meeting me, we had, I guess, similar energy to him.”

“He asked me a question and when I answered he said, ‘Yo, that’s exactly what Pac said.’ He got real emotional,” Ja Rule said of his meeting with Suge.

“I think he had a love for Pac that people didn’t understand,” Ja said of Suge.

Ja Rule also told the story of his first meeting with Suge Knight in Los Angeles. Suge apparently had just got Tupac out of jail. Suge called the studio where Ja Rule was recording and tried to get him to come over to Death Row.