Turns Out There Are A LOT Of Failed OnlyFans Accounts 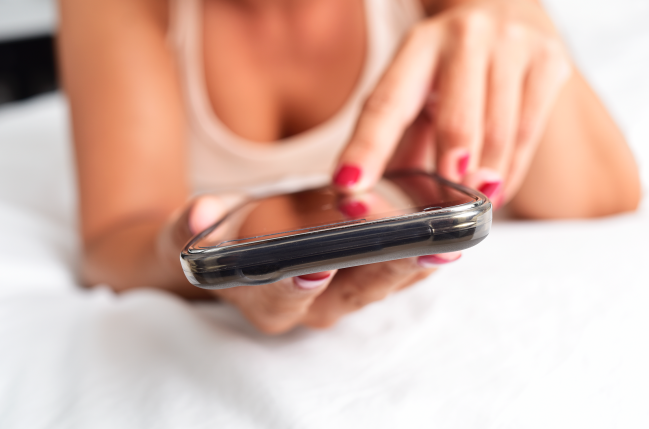 The NY Times published a piece today that popped up on my Twitter feed with the following synopsis: “Jobless women selling nudes on OnlyFans are struggling to pay bills.”

As the pandemic devastated sections of the economy, particularly those dominated by women, some turned to OnlyFans to make money. The platform for selling explicit photos has boomed, but competition on the site means earnings are far from guaranteed.https://t.co/QwLyDbKIsu

It’s a mixed bag of success stories and rude awakenings. One woman, Savannah Benavidez, turned to OF in July when her son’s daycare shut down, and she’s raked in $64K since:

Hooray! There’s a feel-good story. Lady is making so much BANK that she’s giving it away to her friends. PS- if you can’t figure out what to do with $64,000, you need to watch some Jake Paul vlogs. Plenty of things in there that will help you get through that money real quick. Boats… champagne… exotic animals… it’ll be easy.

Meanwhile, on the other end side of the coin:

Lexi Eixenberger was hoping for a similar windfall when she started an OnlyFans account in November… at the suggestion of some friends, she turned to OnlyFans. She has made only about $500 so far.

Elle Morocco of West Palm Beach, Fla., was laid off from her job as an office manager in July. Her unemployment checks don’t cover her $1,600 monthly rent, utility bills and food costs, so she joined OnlyFans in November.

But Ms. Morocco, 36, had no social media presence to speak of when she joined the platform, and has had to gain subscribers one by one — by posting pictures of herself on Instagram and Twitter, and following up with people who like and comment on her posts, encouraging each one to subscribe to OnlyFans.

She has made just $250 on the platform so far, despite sometimes spending upward of eight hours a day creating, posting and promoting her content.

Ms. Morocco also worries that her presence on the platform will make it more difficult for her to be hired for traditional jobs in the future.

As much as I admire the grassroots strategy of Ms. Morocco, in the immortal words of Quintus:

“People should know when they’re conquered.”

And yeah, Maximus, I WOULD know. $250 in three months, spending upwards of EIGHT HOURS A DAY on this stuff?! That’s way less than minimum wage. I don’t even think that meets the minimum wage in developing nations.

The point is, OnlyFans isn’t automatic. Most people knew that without having to learn it the hard way. But like any get-rich-quick scheme, sometimes the stories of people not making it take a little longer to surface. All we’ve been hearing for at least a year are these envy-inducing tales of people starting an OnlyFans account and suddenly making tens of thousands of dollars. Never even saw it coming! Can’t believe it!! Who’d have known boobs could be so valuable!!!

Now, finally, the NYTimes is reminding us that nature can be cruel, yet balanced. For every overnight millionaire on OF, there are dozens—maybe thousands, maybe even tens of thousands—of aspiring earners who didn’t strike gold. And now, they’ll have a harder time finding a job.

But hey, as I like to say, the knowing is invaluable. Meaning, at least you tried and got your answer, right? I applied to Yale Law School with ZERO chance of getting in. But the day that rejection letter came? I slept better than I had in weeks. Because finally, I had the certainty that in a million years, I would never be allowed to attend their school.