How Impressive Is This Tiny Turtle Chasing Two Fully Grown Lions Away From Its Watering Hole? 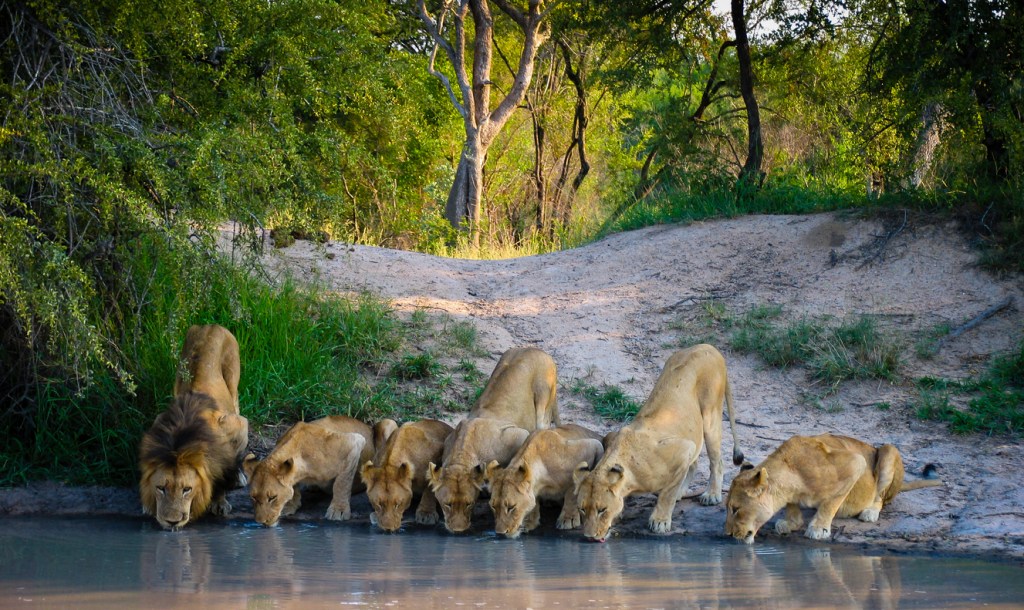 Turtle vs. Lion. A tiny reptile weighing no more than a pound or two versus a lion who is synonymous with royalty because it rules over all the other animals in Africa. In a battle between these two I wouldn’t expect the turtle to stand a chance. In fact. I’d never have expected the turtle to step up at all. My assumption would be the turtle would chill out in the water and wait for the lions to leave but ‘assume makes an ass out of u and me’ or whatever.

On this day, the turtle woke up and chose violence. It wasn’t content to sit back as the lions drained the watering hole of precious water. Instead, the world was going to roll up there and try to bite the lions on the chin and harass them until they left the watering hole. The lion could’ve reacted with violence and sent that turtle flying through the air before it was shredded to pieces but the turtle got in the heads of those lions and won the battle of mind games.

This would be the equivalent of me rolling up to Icelandic strongman Hafþór Júlíus Björnsson aka ‘The Mountain’ from Game of Thrones while he was crushing beer by the liter and provoking him. The dude would be so confused by someone my size, probably 1/3 of his weight, trying to step up that the only reasonable assumption that could be made is I’m completely out of my mind and the type of crazy person who is likely to strip naked before a fight.

Nobody wants that. Fighting a naked guy sounds awful. So you get up and leave just like these lions who tucked tail and headed out after the certifiably crazy turtle tried to pick a fight with the apex predators.

The Kruger Sightings channel on YouTube puts out some wild videos. This one’s par for the course. They managed to capture footage of wildlife encounters that a normal person like me would never see. During a scroll through the channel you’ll see a crocodile catching a cheetah, or stampeding buffaloes taking out a lion which is eerily similar to the plot of The Lion King. The videos are often a little too hardcore for people who dont’ do well with violence in nature so be warned before checking those clips out.