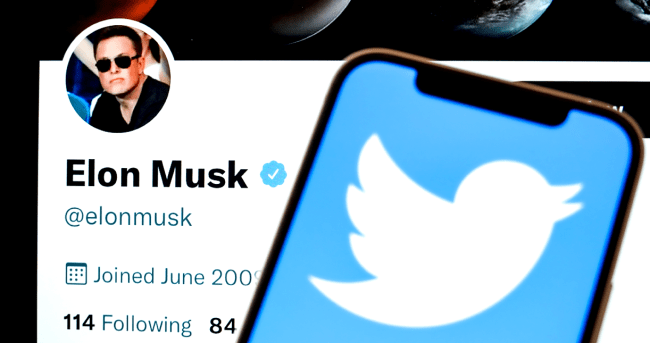 Following news and some backlash from employees after accepting a $44 billion bid from Elon Musk to acquire the company, Twitter reportedly locked down its source code to prevent unauthorized changes.

Product changes will require approval from a vice president, the people said. Twitter imposed the temporary ban to keep employees who may be miffed about the deal from “going rogue,” according to one of the people.

Elon Musk’s takeover of Twitter still has to get shareholder and regulatory approval, but many employees of the social media platform have questions about what happens if and when that day arrives.

For example, Rumman Chowdhury, Twitter’s Director of Machine Learning Ethics, Transparency and Accountability, tweeted on Tuesday, “Elon aside, can anyone explain to me how Twitter will hire/keep employees since there isn’t company stock to create competitive comp packages? A significant part of our pay is in RSUs.”

This and other questions still stand despite Twitter CEO Parag Agrawal and Board Chair Bret Taylor holding an all-hands meeting Monday afternoon with employees.

According to audio of the call, as reported on by CNN, Agrawal told Twitter employees “there are no plans for any layoffs at this point.”

However, he did add some caveats.

“Between now and closing … we will continue making decisions as we’ve always had, guided by the principles we’ve had,” he said. “That doesn’t mean things won’t change, things have been changing … I have been talking about driving positive change at the company, and I will continue doing so because it makes us better and it makes us stronger. Once the deal closes, different decisions might be made.”

Among the questions that arose during the meeting were cocnerns about Twitter’s work in artificial intelligence and machine learning, if the company will turn more towards advertising, its view on free speech, whether President Trump’s account will be reinstated, and if employees will at some point be able to ask questions directly to Elon Musk.

“This is indeed a period of uncertainty,” said Agrawal during the meeting. “All of you have different feelings and views about this news, many of you are concerned, some of you are excited, many people here are waiting to understand how this goes and have an open mind … If we work with each other, we will not have to worry about losing the core of what makes Twitter powerful, which is all of us working together in the interest of our customers every day.”

Listen to the entire call below.