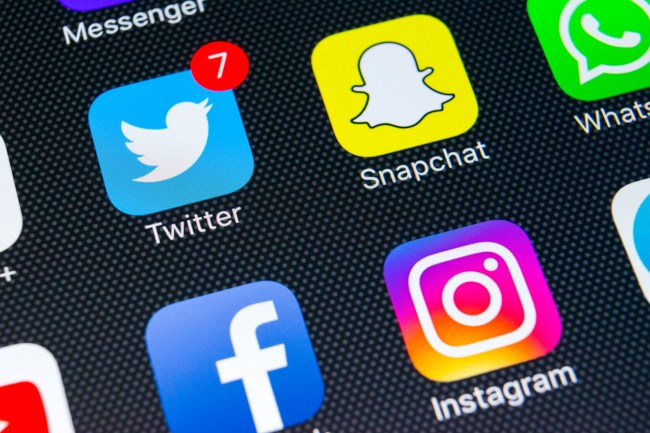 Aside from the main @BroBible account where I’m posting all day and night, these days I most post four pictures to my personal Instagram in a full year. But, I use the Stories feature almost daily, the one that Facebook stole/ripped from Snapchat. It’s easy, the pictures don’t have to be perfect and don’t require some witty caption. The pictures/videos are gone after 24 hours so anything timely won’t come back to bite me in the ass if taken out of context. It’s great.

For some odd reason, Twitter sat back and let every one of their competitors roll out a feature to rival Instagram‘s ‘Stories’. Snapchat started it. Facebook and Instagram copied it and made it better. WhatsApp. YouTube. Tinder. Even LinkedIn! Twitter just sat back and watched engagement skyrocket amongst their competitors but they’re finally rolling out an answer to ‘Stories’.

Here’s the rundown from BuzzFeed News:

Today, Twitter is finally changing its tune. It’s testing fleets — its try-hard name that mashes together “fleeting” and “tweets” — in Brazil, according to a company blog post. It’s also a life-imitates-art kind of feature. In The Big Disruption, a 2018 novel that satirizes and skewers Silicon Valley by former Google communications head Jessica Powell, Twitter is thinly fictionalized as “Flitter,” and tweets are “fleets.”

“People have told us in early research that because Fleets disappear, they feel more willing to share casual, everyday thoughts,” Twitter said on Wednesday. “We hope that people who don’t usually feel comfortable Tweeting use Fleets to share musings about what’s on their mind.”

Fleets cannot be retweeted or liked, the company said. They support text, GIFs, videos, and photos.

Twitter is introducing this new feature one week after reports emerged that activist investor Elliott Management bought approximately 4% of the company and is seeking to replace Jack Dorsey as CEO. (via)

The fact that these Fleets can’t be retweeted or liked seems pointless to me. I’d have to spend some solid time contemplating why they’re limiting the functionality of these but my hunch is it would just be a pain in the ass to make Fleets disappear after they’ve been shared across a ton of accounts.

If it’s about privacy, they have to recognize that tens of millions of people will just be screenshotting fleets in real-time to ensure they live on forever. As always, be sure ot follow us on Instagram at @brobible if you aren’t already:

For more on this story, you can click here to read it in full over on BuzzFeed News.