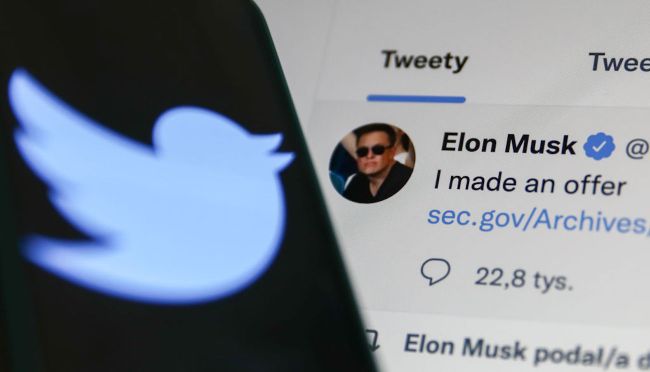 Less than two weeks since Elon Musk purchased a 9.2% stake in Twitter, the world’s richest man took an even bolder step earlier this week as he offered to secure a 100% stake in the company for $54.20 a share.

According to The Hollywood Reporter, Twitter will be adopting the “poison pill” plan — also known as a shareholder rights plan — in an effort to thwart Musk’s attempted hostile takeover. THR says the “poison pill” strategy, which was approved by Twitter’s board on Friday, “could help protect the company from Musk acquiring more shares, and give it time to look for alternative options.”

As for what a “poison pill” plan is, the method “is a defense against takeover attempts that uses discounted share prices to dilute the holdings of new, hostile shareholders.”

A number of companies in the entertainment space have pursued such plans in recent years, including cinema chain Cineplex, audio giant iHeartMedia, and theme park firm Six Flags Entertainment. However, poison pills are unusual in the tech sector, particularly among companies of Twitter’s size.

The plan comes in response to Musk’s takeover offer, which was disclosed Thursday. The “limited duration” plan will expire in one year on April 14, 2023, and would go into effect if a shareholder acquired more than 15 percent of the company in a deal not approved by the board. [via The Hollywood Reporter]

In a statement, Twitter said that the “Rights Plan does not prevent the Board from engaging with parties or accepting an acquisition proposal if the Board believes that it is in the best interests of Twitter and its shareholders.”

If one thing is for certain when it comes to Musk’s attempted takeover of Twitter is that the saga is only just beginning.

RELATED: Mark Cuban Has Floated A Theory To Explain Why Elon Musk Has *Really* Offered To Buy Twitter