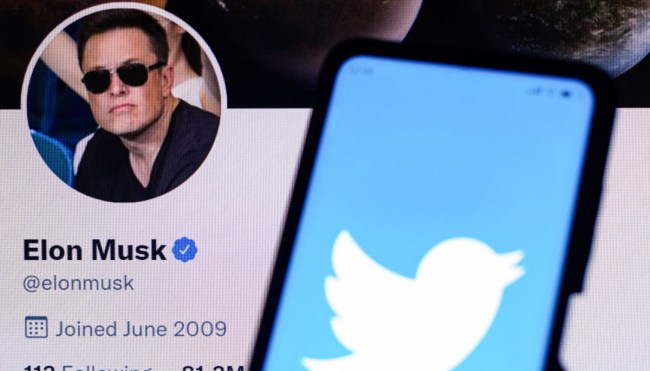 It’s been less than two weeks since Elon Musk purchased a 9.2% stake in Twitter and casually added $780 million to his estimated $260 billion net worth after the company’s stock surged thanks to the news of his newest investment.

The casual spending spree made the billionaire Twitter’s largest shareholder, and while it initially appeared he’d be rewarded with a seat on its board of directors, he unexpectedly turned down the offer over the weekend (which may or may not have been related to a clause that would’ve prevented him from owning more than 14.9% of the company).

On Thursday, the saga took another turn when Musk made an official bid to become the sole owner of his internet cesspool of choice in an SEC filing where he offered to secure a 100% stake in the company for $54.20 a share (after presumably spending the past few days trying—and failing—to think of a way he could incorporate “69” into the mix).

The founder of Tesla and SpaceX has spent a good chunk of his Thursday insisting Twitter has an obligation to allow its shareholders to vote on a proposal that would theoretically allow him to rule the digital realm with an iron fist. However, it would appear one of his fellow billionaires isn’t buying it.

If you believe what Mark Cuban has to say, the high-profile bid is just the latest example of Musk using his fortune to do some of the trolling he takes more pleasure in than any other 50-year-old billionaire on the planet; based on Cuban’s assessment, Musk is really just doing what he can to milk his current stock holdings for all they’re worth before eventually dumping them for an even tidier profit than the one he’s raked in so far.

My conclusion, @elonmusk is fucking with the SEC. His filing w/the SEC allows him to say he wants to take a company private for $54.20 😂
Vs his "Am considering taking Tesla private at $420. Funding secured" Price go up. His shares get sold. Profit⬆️ SEC like WTF just happened.

Cuban also implied Musk’s offer has the potential to spark a bidding war in Silicon Valley that would likely result in him emerging victorious regardless of who ultimately walks away as the owner of Twitter (which the Mavericks owner predicts will be “no one new” when everything is said and done).

I think Twitter will do everything possible not to sell the company. They will try to get a friendly to come in and buy Elon's shares and get him out https://t.co/6pciryKVFG