‘Morbius’ Actor Tyrese Gets Fooled By Meme, Appears To Believe Martin Scorsese Called The Film The ‘Truest Height Of Cinema’ 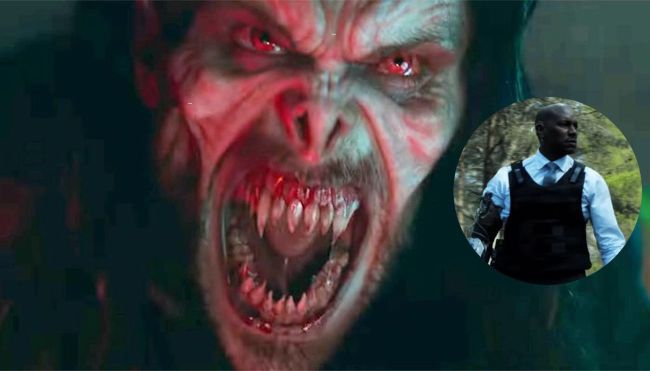 As someone who has been bemoaning the existence of Morbius for months and the acting ability of Jared Leto for years, watching the pair become a meme in real-time has felt like a glorious victory lap. Suck it, famously handsome movie star/rock star and Marvel movie that made a solid $84 million globally in its first weekend, I win!

All half-joking personal vendettas aside, though, the reviews for Morbius have been painstakingly awful — worse than I expected, frankly — as the film currently has a 17% critics score on Rotten Tomatoes after 191 reviews. Yikes. To be fair, though, the film also has a 70% audience score after more than 2,500 “verified ratings.”

Regardless of what you think of the film — I actually don’t have an opinion on it as I’ve not seen it, as the only critics screening was at 1 p.m. on a Wednesday — there’s one thing it’s certainly not: “the truest heigh of cinema.”

It apparently took Tyrese, who appears in the film as Simon Stroud, quite a bit to realize that, though, as the actor took to Instagram to revel in what he believed to be rapturous praise from the legendary Martin Scorsese.

The post, which has since been deleted, features a screenshot of the following tweet that implies Scorsese said of Morbius: “I was aghast to find out it was based on a comic book. This is the truest height of cinema and even I cannot top it. A wise man admits when he is wrong and I was wrong, I apologize to all comic book movies.”

"I was aghast to find out it was based on a comic book. This is the truest height of cinema and even I cannot top it. A wise man admits when he is wrong and I was wrong, I apologize to all comic book movies."#MorbiusSweep pic.twitter.com/WaQJDAZekV

In response, Tyrese wrote the following caption on IG: “Wow wow wow I can’t believe what just happened whoa. Cheers and hats off to you [director] Daniel Espinosa this is so amazing king! This is the KING of KINGS of cinema Martin Scorsese. This is huge.”

Silly Tyrese, memes are for kids! Unfortunately for the movie-going public, Morbius has already made back its $75 million budget, so depending on how stubborn Sony is and how much of a profit the film makes, a sequel very well could be on the table.

RELATED: Multiple Will Smith Projects Delayed In The Wake Of The Slap, Including ‘Bad Boys 4’