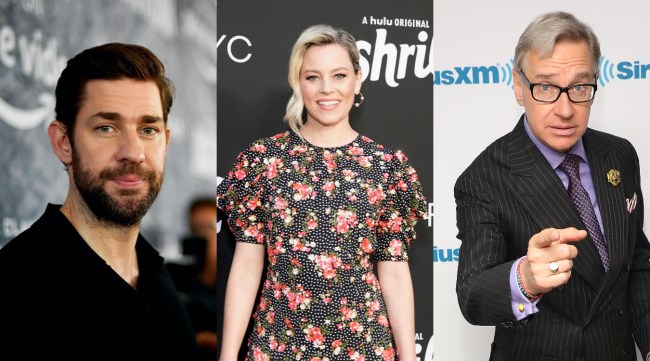 If you recall, a few years back, Universal Pictures attempted to hop on the cinematic universe gravy train by launching their own “Dark Universe.”

Set to feature iconic horror characters such as The Mummy, Dr. Jekyll and Mr. Hyde, the Frankenstein Monster, and The Invisible Man. The studio was certainly committed to the idea, as they were able to recruit A-Listers such as Tom Cruise, Russell Crowe (Jekyll), Javier Bardem (Frankenstein), and Johnny Depp (Invisible Man) to fill out the roles.

However, given the overwhelming lackluster response to 2017’s Tom Cruise-starring The Mummy, the Dark Universe was scrapped, ultimately paving the way for the release of The Invisible Man earlier this year, which has garnered rave reviews (91% critics score on Rotten Tomatoes).

Now, with a viable filmmaking formula on their hands, the studio is once again taking a stab at fleshing out their arsenal of iconic monster characters, as The Hollywood Reporter is, well, reporting that Jennifer’s Body director Karyn Kusama has signed on to direct a new Dracula film. Additionally, the studio has reportedly spoken with directors such as John Krasinski, Elizabeth Banks, and Paul Feig about tackling other projects.

The new agenda takes a filmmaker-driven approach to the characters as opposed to a star-driven strategy, something Universal tried when it released the 2017 Tom Cruise vehicle The Mummy. That movie’s middling reception — $409 million worldwide off of a $125 million budget — derailed a plan for an interrelated movie universe à la Marvel with stars such as Johnny Depp, Angelina Jolie and Javier Bardem.

Now, instead of hearing pitches and reading scripts that tie monsters together, Universal execs are telling filmmakers that storytelling is the star. “It’s a ‘best idea wins’ approach,” says one producer, “and they are having the filmmakers find the individual stories.”

The studio is working with filmmakers such as Paul Feig, Elizabeth Banks and John Krasinski, even developing multiple takes on one character, sources say. “They have multiple irons in the fire, but not all will become real,” says one agent familiar with the studio’s plans.

The movies don’t have a strict budget range, though moderate ranges seem popular at this stage. And no project seems to be ready to go before cameras, though an Invisible Man sequel from its director, Leigh Whannell, is inevitable (even if talks haven’t begun and Whannell is being eyed for other Monsterverse titles). [via The Hollywood Reporter]

Universal isn’t the first studio to try to launch a cinematic universe and eventually pivot to a filmmaker-driven approach, as Warner Bros. recently did the same with their DC Extended Universe following the seismic failure that was Justice League.

‘The Invisible Man’, which stars Elizabeth Moss, is currently playing in theaters.