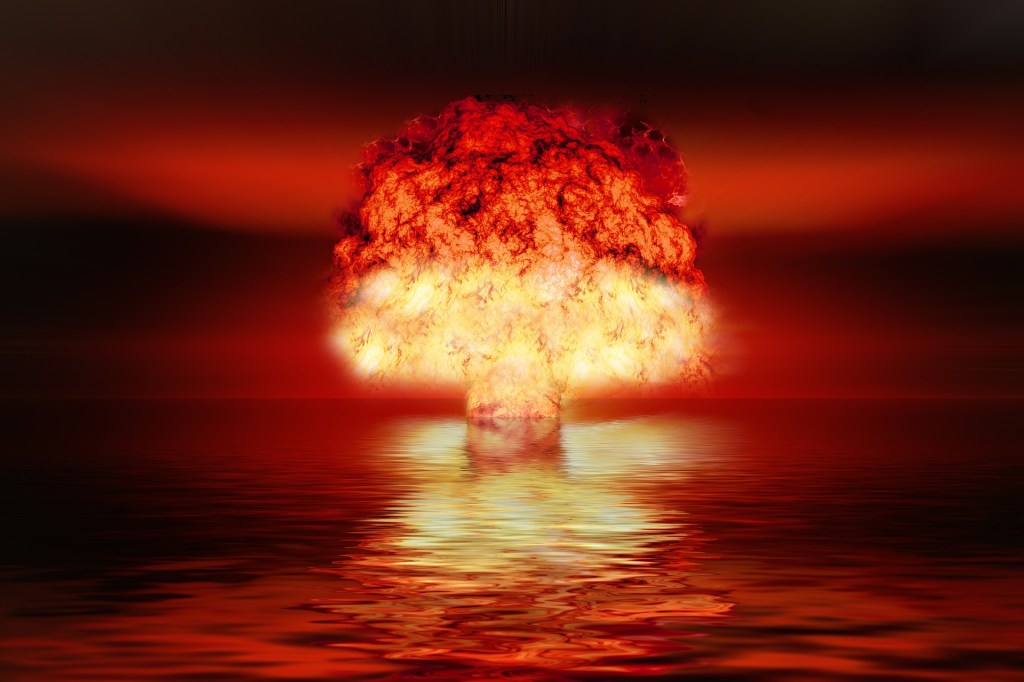 Did y’all hear the ship is free from the Suez Canal??? It took nearly a week to get the ship free and there are still some hurdles to getting the canal back and running at full capacity. On average, $10 BILLION worth of oil and goods passed through the Suez Canal each day. That’s about 12% of all global trade passing through the canal on an average day and it’s been stuck for a week which equates to around $6.7 million per minute of trade that was blocked.

The alternative to going through the Suez Canal is ships go alllllllll the way around the continent of Africa which is expensive (fuel) and time-consuming. This could’ve possibly been avoided if the US had gone through with a plan to create a Suez Canal alternative. The proposed plan would’ve used 520 nuclear bombs to blast a canal through Israel and create another global shipping lane.

The July 1, 1963 report appears to have been declassified in 1996, you can see a full PDF of the declassified report here. Historian Alex Wellerstein first outlined the plan on Twitter back in 2018 and detailed how the USA would’ve used around 4 nukes per mile for 130 miles (520 total nukes) to excavate the Dead Sea and create a Suez Canal alternative.

Livermore report from 1963 on the feasibility of excavating of a canal through Israel's with 2 Mt nuclear devices, spaced at 4 per mile for 130 miles = 520 nukes = 1.04 Gt of explosives! "Another problem which has not been considered is that of political feasibility…" 😬 pic.twitter.com/QECj5JCrEu

It’s amazing how they describe the benefits of using nuclear bombs here versus “conventional excavation methods” which were described as “prohibitively expensive” while they appeared almost giddy to use nuclear bombs: “It appears that nuclear explosives could be profitably applied to this situation.”

The proposed route was through Israel’s Negev Desert which was listed as 130 miles of “virtually unpopulated desert wasteland, and are thus amenable to nuclear excavation methods” but there was always a glaring concern with this proposal which should be pretty obvious to anyone who is familiar with global politics. The report stated “political feasibility, as it is likely that the Arab countries surrounding Israel would strongly object to the construction of such a canal.”

My first thought when I saw an article about this on Business Insider was this canal would’ve become an overnight target for attacks but surrounding nations. Assuming the USA and Israel worked together on this, it would’ve been a target by countries in the region for the past half-century if it was created.

Then, of course, the other massive concern is radiation. It’s not as if you can just detonate a nuclear bomb and there’s no fallout. The extreme irradiation that would’ve resulted from the project meant this proposal was scrapped but it’s still pretty spectacular that it went as far as it did.

The blocking of the Suez Canal has been an absolute nightmare for global trade and the ripple effects of this won’t be fully felt across the globe for weeks to come. There are already predictions of a global toilet paper shortage which seems about right since it’s been around 12 months since the last one.

If you want to read that declassified report in full, just follow that link above!