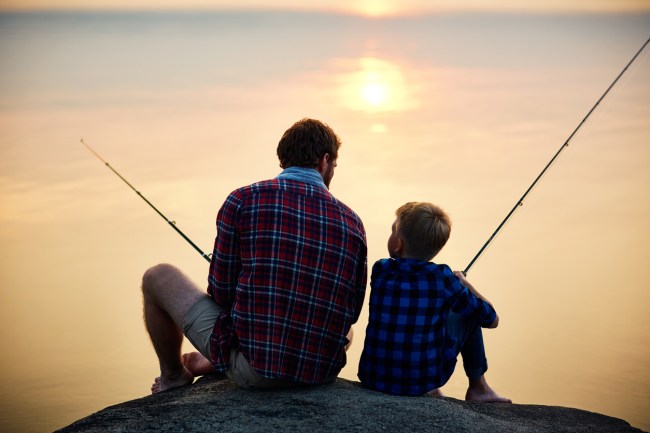 Deadbeat dads in Utah are going to miss out on their constitutional right to hunt and fish if they don’t get their finances sorted sooner than later. A law that was passed by Utah State Legislature goes into effect on July 1 and will prohibit the state from issuing hunting and fishing licenses, tags or permits if someone is delinquent at least $2,500 on their child support payments.

Those who fall within the category already have or will receive the following letter in their mailboxes with a warning:

“This notice is to inform you that according to records maintained by the Office of Recovery Services (ORS), you currently have child support arrears over $2,500.00 […] you may not apply for, obtain, or attempt to obtain a license, permit, or tag for hunting or fishing.”

Utah’s Office of Recovery Services is sending out the letter this week to 19,062 people who have been identified as being behind on their child support payments. Of those nearly 20,000, 9,454 people have purchased a hunting or fishing license in the past. If they want to go out and (legally) get a deer or catch a bass in 2021 and beyond, they’ll have to pay in full or at least be in the process of making payments to be considered.

“They do have to basically be paying on that plan for a full 12 months before they would be eligible to get a hunting or fishing license,” said Faith Heaton Jolley, a spokesperson for Utah’s Division of Wildlife Resources.

The Office of Recovery Services estimates it has more than $377 million in outstanding child support that goes back decades, and this measure is expected to help reel some of that in. Pun intended.

“We don’t want to deny these licenses. We want compliance with child support. We’re hoping this gets their attention, they come in and make the payment arrangements, keep those payment arrangements and we never take their license,” Liesa Stockdale, the director of the Utah Office of Recovery Services, said in an interview with FOX 13.

While this all seems like it might be an unnecessary means of getting things done, but FOX13 also reports that it’s working. Several women in Utah are claiming that they have received their first child support payment in years and are attributing the payment to the hunting and fishing law. It’s pretty sad that there are some fathers out there who are valuing a big ole buck over their sons or daughters, but if it works, it works.