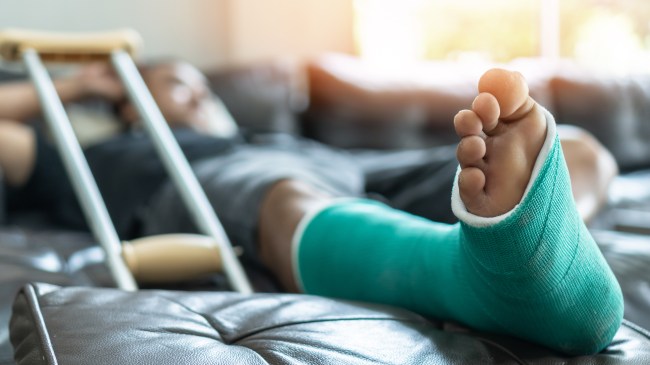 Meat is delicious. I had BBQ Beef Ribs for dinner last night that spent about 7 hours on the smoker and they were finger-licking good. I’ll be eating XL sea scallops for dinner tonight. There are rumblings of Prime Rib on Thursday to expand out stomachs before Thanksgiving when we’ll indulge in Turkey with all the fixings. Meat is delicious. Did I say that already?

I’ve never considered Veganism for myself. I respect people who are willing to go all-in on eating bland food for the betterment of themselves and the world. The sense of moral superiority one gets by cutting out honey because it came from bees must be absolutely intoxicating. But if you’re looking for another practical reason to avoid Veganism forever then here’s a good one: a new study found Vegans are 43% more likely to fracture bones.

The study was published in the journal BMC Medicine and it recruited 55,000 ‘relatively’ healthy adults in the UK to participate. What they found was vegans were much more likely to fracture their bones than meat-eaters and pescatarians. Correlation doesn’t mean causation, sure, but 43% is a MASSIVE swing against Veganism and their weak hollow bird bones. Here’s a rundown of the findings that were shared with CNN:

This is the first comprehensive study and the largest study to date to look at the risks of both total fractures (fractures occurring anywhere in the body) and fractures at different sites in people of different habitual dietary habits,” said the study’s lead author, Tammy Tong, a nutritional epidemiologist at the Nuffield Department of Population Health at the University of Oxford, via email. There were 4.1 more cases in vegetarians and 19.4 more cases in vegans for every 1,000 people over a period of 10 years.

Nearly 55,000 relatively healthy adults from the UK answered a questionnaire on diet, socio-demographic characteristics, lifestyle and medical history between 1993 and 2001. Researchers categorized them by diet then and at follow-up in 2010: meat eaters, fish eaters (pescatarians), vegetarians (no meat or fish but dairy and/or eggs) and vegans (nothing from animals).

The authors found 3,941 total fractures by 2016. In comparison to meat eaters, vegans with lower calcium and protein intakes on average had a 43% higher risk of fractures anywhere and in the hips, legs and vertebrae. Vegetarians and pescatarians had a higher risk of hip fractures than meat eaters, but the risk was partly reduced when the researchers considered body mass index and sufficient consumption of calcium and protein. However, the risk was still higher for vegans with those factors taken into account. (via CNN)

According to the report, vegans and vegetarians, in general, tend to have lower BMIs than meat-eaters and a lower BMI is associated with more bone fractures. There’s no evidence that merely being vegan puts someone more at risk of breaking bones, just that the two are correlated.

This could be because of overall trends in vegan diets and lifestyles or they could be directly connected but this study is limited in what it’s able to show, just that vegans are 43% more likely to suffer bone fractures than omnivores.

I’ll certainly admit that vegan food has gotten A LOT better in just the past few years with more reliable and delicious meat substitutes. So I’d be curious to see what this study looks like 10 years from now looking at that period versus the 10 years prior.

If you want to read up more on this you can head on over to CNN and check out the original article.