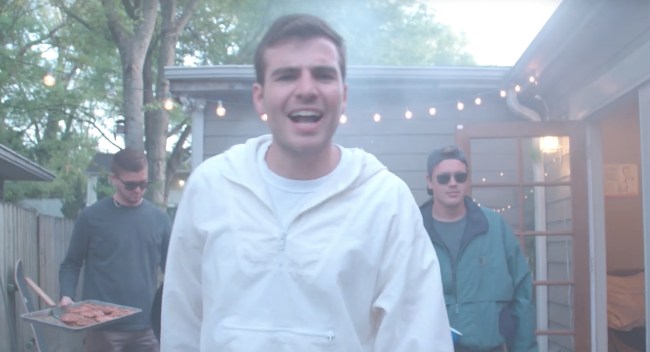 Every crew has an anthem for football season: The party banger that gets stuck in your collective heads while tailgating or at the bar, thrown on between commercial breaks. Sometimes it’s an obvious TouchTunes jam like Van Halen’s “Jump”, other times it’s a sneaky diamond-in-the-rough that captures the whole crew to get the funk down.

Founded by AC Demoss and Casey Peranich, Venture Palace formed as a side project to the pair’s acclaimed project Mother.Funk. Mother.Funk opened for Umphrey’s McGee, Dispatch, Moe., The Revivalists and even Wiz Khalifa during their days as University of Alabama students. Then Demoss and Peranich moved to Nashville after graduation – as so many do – and began getting more molecular with their music under their new moniker.

Inspired by a wide range of artists from Lorde to Nine Inch Nails to AER, Venture Palace seeks to break the mold with a unique formula for hip-hop/rock inspired music. Think scratchy, ambient soundscapes that go somewhere. They’ll be rolling out a single every 30 days leading up to their album in March 2020, with each track encapsulating “a completely unique sound, bending and breaking genres.”

Which brings us to “Salt” – Their debut record and music video. The brainchild of multi-instrumentalist AC Demoss, the video features a camera following him through a house party before the Venture Palace duo beats up mannequins on a bridge.

Go add SALT to your tailgate playlist over on Spotify.