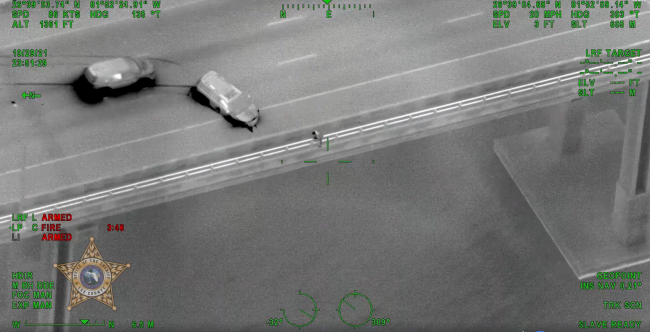 Today’s dumb criminal comes to us from, you guessed it, the state of Florida.

The scene is the Edison Bridge on Bayshore Road in Fort Myers, Florida. The alleged criminal was identified as Bryan Gray, 34. The time is evening just prior to midnight.

What began as an attempted traffic stop on a stolen van ended with a man floating in the Caloosahatchee River.

According to the Lee County Sheriff’s Office, after the attempted stop by sheriff’s deputies, Mr. Gray allegedly sped away down Bayshore Road across the Edison Bridge.

“Aviation pilots arrived on scene and observed him from the air, capturing this FLIR footage from Chopper One,” the Lee County Sheriff’s Office reported on Facebook, where they also shared video of the insane jump titled “Diving Into Jail.”

“At the top of the Edison Bridge, the van abruptly swerved and crashed into a retaining barrier. Gray got out of the van, jumped over the safety barrier, and dove into the Caloosahatchee River.” 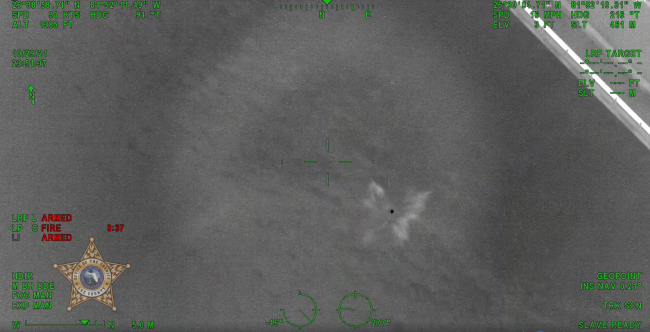 “A perimeter was established, and FMPD’s Marine Unit was deployed,” the report continued. “Gray was pulled from the water and detained by deputies before being transported to a local hospital to receive treatment.”

“You seeing him on the foot of the bridge?” he continued.

“And he just jumped off the bridge,” said the officer.

“While he may not have earned a gold medal for his high dive, Gray did find himself in hot water when he earned pending charges of Grand Theft Auto and Fleeing and Eluding,” the Lee County Sheriff’s Office report comically concluded.