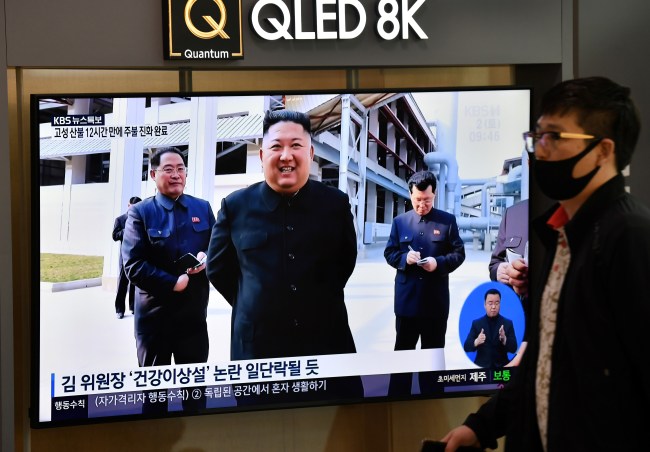 It seems like Kim Jung Un is alive after all despite all of the rumors of his demise.

Last week, it was reported that the North Korean dictator had died during a botched heart surgery.

On Friday, Kim made his first public appearance amid the death rumors at ribbon-cutting ceremony for a fertilizer plant in North Korea.

#KimJongUn cut the tape at the ceremony marking the completion of Sunchon Phosphatic Fertilizer Factory in Sunchon. #NorthKorea pic.twitter.com/FwjSlqq6q5

We now have video of Kim at the ribbon-cutting ceremony and he looks pretty healthy.

According to intelligence reports Kim had been at his luxurious beachside compound while everyone thought he was dead.

#breaking Fresh imagery from North Korean leader Kim Jong Un’s compound continues to show train presence, @38NorthNK says. Kim’s train does not prove or disprove anything about his health, but does add credibility to reports Kim is at his luxury beachfront compound in Wonsan. pic.twitter.com/e6gjnPH3z0