Woman Goes Nuts, Spits On The Counter At A 7-Eleven Over Mask Policy 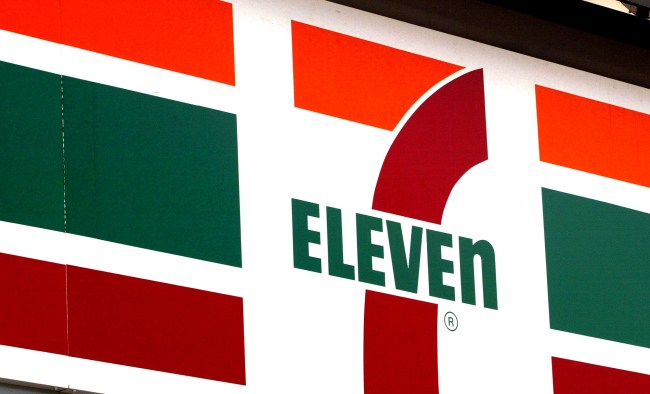 As if we needed further proof that we are all now officially living in an episode of Parks and Recreation, we just got it in the form of a woman in Texas losing her mind and spitting on the counter of a 7-Eleven because she disagreed with the company’s mask policy.

This went down in Fort Worth, and the video tells the whole story. The woman is trying to buy a rack of Miller Lite — but the front counter clerk won’t let her check out because she’s not wearing a face covering. She starts throwing a tantrum, and it’s all downhill from there.

The guy points out the obvious … she doesn’t have a mask. She agrees, flabbergasted that he won’t sell her the beer because of it. He stands firm though, saying it’s the convenience store’s policy to have one on while shopping, and that pisses her off even more.

The woman says the amount of time he’s wasting is probably spreading more germs than if he would just let her purchase the booze and be on her way — and his response is … buy a mask here. The lady absolutely refuses to do so, starting to proclaim … well, ‘MURICA!!!

Wow can’t believe my tweet went viral but I’m so happy it did bc people’s behavior needs to change ASAP. Here is part one of the video @DailyMail @PerezHilton warning: it’s disturbing. pic.twitter.com/CqeFrrbhZ1

Then, just to show how completely batsh*t crazy she is, “Karen” spits on the counter.

I’ve been hearing about “Karen” but hadn’t been around one. I encountered one in the wild tonight and it blew my mind. She spit on an essential worker bc he enforced the rule of wear a mask. In response, she spit on him in. I wanted to cry pic.twitter.com/WxKMgvJvEp

Dang… that woman’s almost as crazy as this “Karen” who lost her mind completely at a Trader Joe’s the other day.

As the wise sage Jennifer Aniston wrote on Tuesday, June 30, 2020, “I understand masks are inconvenient and uncomfortable. But don’t you feel that it’s worse that businesses are shutting down… jobs are being lost… health care workers are hitting absolute exhaustion. And so many lives have been taken by this virus because we aren’t doing enough. ⠀
⠀
“I really do believe in the basic goodness of people so I know we can all do this. BUT still, there are many people in our country refusing to take the necessary steps to flatten the curve, and keep each other safe. People seem worried about their “rights being taken away” by being asked to wear a mask. This simple and effective recommendation is being politicized at the expense of peoples’ lives. And it really shouldn’t be a debate.⠀
⠀
“If you care about human life, please… just #wearadamnmask and encourage those around you to do the same.”