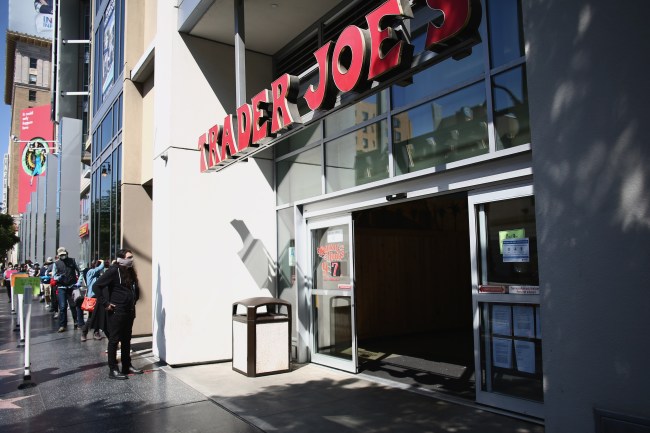 We have another Karen on the loose.

On Saturday, a video of a woman losing her mind and berating store employees at a California Trader Joe’s went viral on Twitter.

According to TMZ, the woman came to the store with a mask on but later took it off because she said she had ‘breathing problems.” When employees asked her to put on the mask she then proceeded to throw a fit.

The woman came to the San Fernando Valley store Friday wearing a mask … the manager tells TMZ. At some point, as she was shopping the mask disappeared from her face. She says she has a breathing problem and that’s why she took the mask off, but her lungs were filled with anger as her voice billowed through the store.

Either way … we’re told employees approached the woman and asked her to cover her face, but she refused. At that point, she goes insane, suggesting this was some sort of conspiracy by Democrats.

She was ordered to leave the store — which she did.

As the woman leaves the store she can be heard yelling “You’re f**king pigs, you’re f**king Democratic pigs, all of you.”

She has a breathing problem but is screaming at the top of her lungs in her 2001 bebe T-shirt. https://t.co/aFslWaGAgc