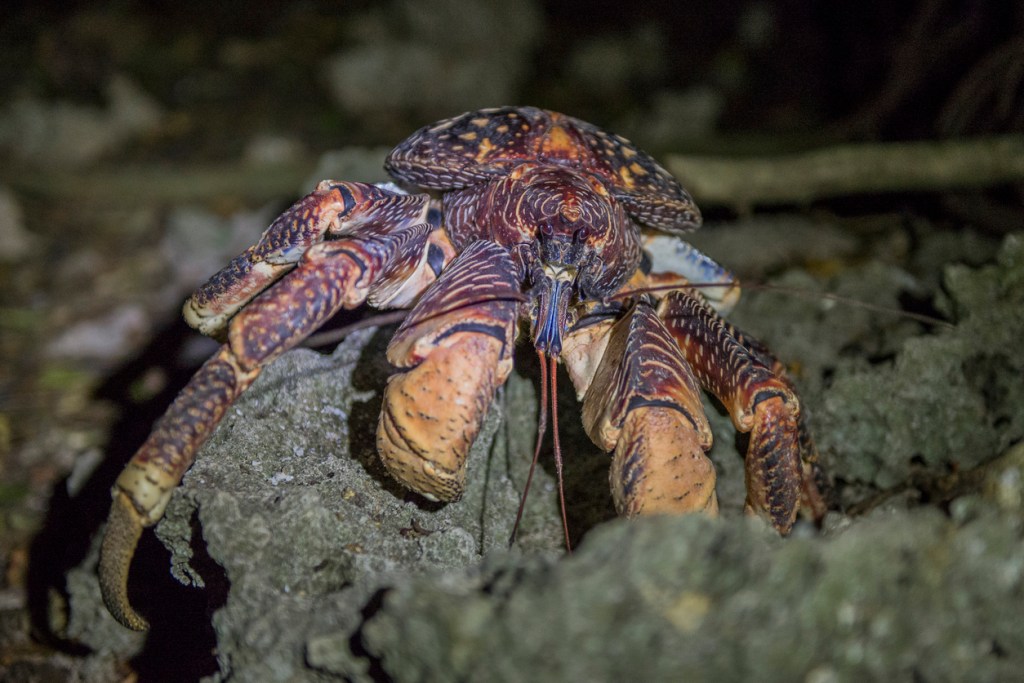 Getting out in the great outdoors is a great way to reset your sleep cycle. They say it only takes a week of camping to completely reset your sleep cycle and start living your best life. That sounds great, right? Or you could be woken in the middle of the night by a crab carrying a knife and never sleep well again.

I’m like 95% certain these three videos below were filmed in Okinawa Island, a Japanese prefecture that actually consists of 150 islands and was made famous in the USA by Karate Kid 2. I can’t be certain this was filmed in Okinawa but the videos posted before and after these crab carrying a knife videos are in Okinawa so it’s most likely the same area.

The gist is this: the camper was sleeping up a storm and living his best life. In the middle of the night, he heard a scratching noise and investigated. And never in a million years would he have been prepared for what he found: a crab carrying a knife like some sort of back alley mugger. Check these videos out and tell me it’s not absolutely insane.

This first video has since been viewed nearly 2 million times with his reactions just gaining steam:

Would a spider have been any less scary?

Call me crazy, but crabs should not carry knives. It’s just not right.

I could spend time talking about the comments on these videos but I’m pretty sure everyone gets the gist of it. The entire world is in agreement that a crab carrying a knife is downright terrifying. It’s about the most unexpected thing a camper could ever expect to see.