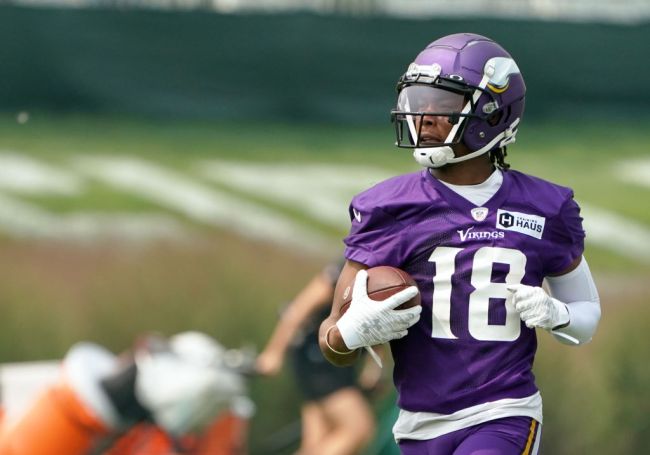 On Friday afternoon, Vikings star wide receiver left the field after appearing to slam his shoulder on the ground while attempting to make a catch.

Oh no. Justin Jefferson goes down hard and grabs at his shoulder/collar bone. The #Vikings WR heads back into the lockerroom right after @kare11 #kare11sports pic.twitter.com/8vcescBMip

Here’s the video of the Jefferson injury.

Vikings fans immediately freaked out at the possibility of losing one of their top receivers before the start of the season.

Lord, take my shoulder please give his back. https://t.co/VM2YNTuHG2

I don’t wanna be around anymore https://t.co/QUlKHJnoMK

When can Vikings have anything nice????? https://t.co/ARsN58suEr

I am dead inside https://t.co/RfZn6m6Eia