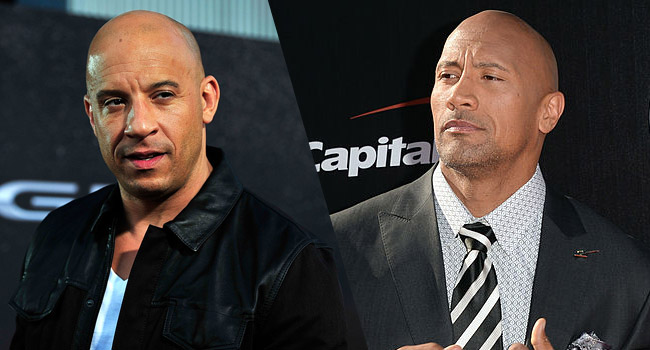 Vin Diesel and Dwayne Johnson are very competitive gentlemen, so The Rock might be disappointed to find out that he lost out to his Fast and Furious co-star in the battle to be named 2017’s top-grossing actor. In the battle of bad dudes, Diesel edged out The Rock, but barely. Forbes named Diesel as the top-grossing actor for 2017 after Vin’s movies brought in an astounding $1.6 billion with the help of xXx: The Return of Xander Cage. Jumanji star Johnson came in second after his films grossed $1.5 billion. Much of both of their money was from The Fate Of The Furious, the eighth installment of The Fast And The Furious franchise, which made an incredible $1,235,761,498 billion at the worldwide box office.

But it wasn’t all Fast and Furious actors that made the list, there was Wonder Woman‘s Gal Gadot who grossed $1.4 billion as well as Justice League. Emma Watson reeled in $1.3 billion thanks to the live-action remake of Disney’s Beauty And The Beast. Star Wars actor Daisy Ridley came in sixth with $1.08 billion and her The Last Jedi co-star John Boyega was in tenth place by grossing $815 million.