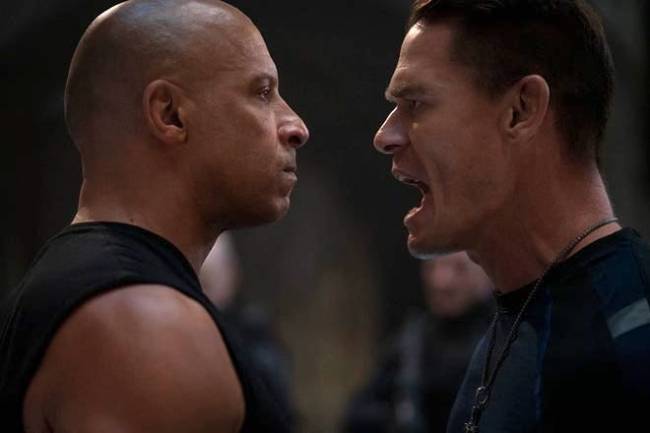 What you are about to read is real. I wish it wasn’t, but it is. I don’t make the rules, I just blog about their repercussions. In our world, the rule is that Vin Diesel will remain in our lives for as long as the Fast franchise persists, which they *claim* will be until Finally Furious 11 (or whatever they ultimately call it).

And Vin Diesel is… well, he’s a guy who chose “Vin Diesel” as his stage name. His most iconic character is known for wearing guinea tees (my last name’s Italiano, I’m still allowed to call them that), oversized silver crosses, drinking Corona, and grumbling the word “family” in Italian. That character is none other than Dominic Toretto, and apparently, Vin Diesel has a shrine in his honor. A Dom Shrine. Dom. Shrine. 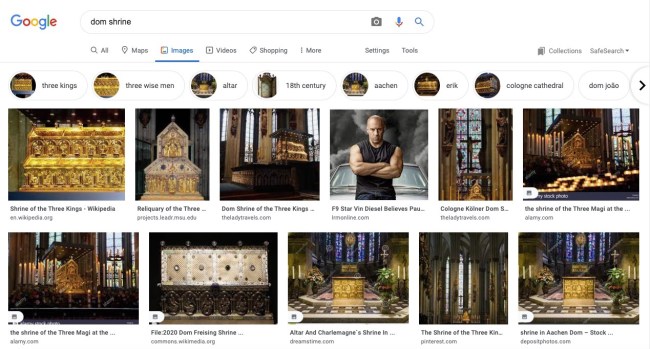 During a recent press conference for F9 (hitting theaters on June 25, hallelujah!), Diesel was discussing how John Cena being cast as Dom’s younger brother came to be — which is kind of stupid question if you ask me, considering the question should’ve been “Why’d it take *so long* to cast John Cena?” — and unleashed a collection of sentences so breathtaking I’ll shut up and let you soak them in for yourself:

“I remember once we started getting closer to production, [director] Justin (Lin) and I would talk about how harrowing it would be to actually cast a new Toretto. The brother of Toretto,” Diesel said.

“There’s so many different directions you could go. And I remember John Cena coming into this Dom Shrine that I had where I would kind of go to meditate and train and start getting into that Dom state of mind. And I remember John coming in and… call this crazy, but I remember feeling as though Pablo, Paul Walker, had sent him in. I remember talking to Justin that night and saying, ‘My gut and my heart feels like this was meant to be.’”

Like I said, just breathtaking. I understand that Vin Diesel is one of the world’s highest-grossing actors, but has he ever considered becoming an author? Perhaps even a philosopher? I’d certainly subscribe to the Tao of Diesel. Who am I to argue with the ways of The Diesel? He could be closer to the heavens with that Dom Shrine of his for all we know.

F9 will hit theaters in the United States on Friday, June 25.