Vinny Chase’s House In ‘Entourage’ Is For Sale At $5.499 Million 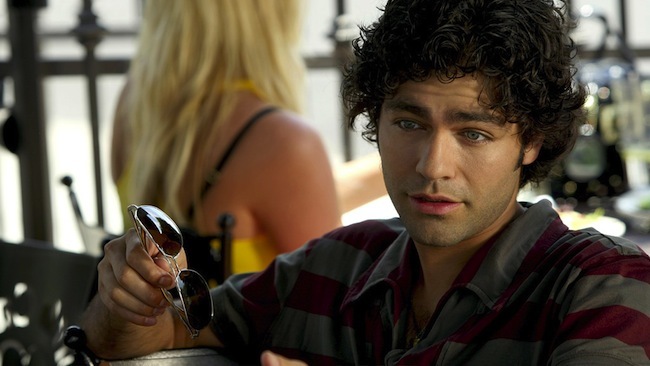 The greatest thing about growing up is feeling comfortable enough in your own skin to admit the somewhat-shameful things that you love. And as a man in my mid-30s, I still love HBO’s hit series Entourage,  so much so that I helped get the world’s best Entourage recap podcast off the ground, OH YEAH, OH YEAH. Because there’s nothing the world needs more in 2019 than debates on the best cameo, Chuck Liddell or Artie Lange or the show’s very worst character.

The podcast host, JR Hickey, slays it. If you’re not following along and you’re a fan of the show, you’re missing out. Go subscribe, dammit.

In the meantime, you can own one of the marquee houses from the show, from the late seasons when Vince posted up in the Valley.

You can call the fictional Vinnie Chase's estate home for $5.499 million.

In fact, it’s a house that show creator Doug Ellin said was full of “lots of memories” on Instagram. Not to be confused with Vinny Chase’s Marlon Brando house (…that Shane Smith of Vice Media fame recently owned before dumping it), Vince Chase’s Encino house is where he shacked up with Sasha Grey, amongst others.

LA Times has a paywall up to look at all the epic pics of this Tuscan estate, but fortunately the work-around is Redfin, where the MLS pics are listed for your viewing pleasure.

As an Angelino, It’s not the kind of house I’d own, but the wine cellar and pool sure are exquisite.

Another fun fact: The house sold in 2011 for $4.2 million. If the buyer gets the asking price, that $1.5 million is a pretty nice little turnaround!