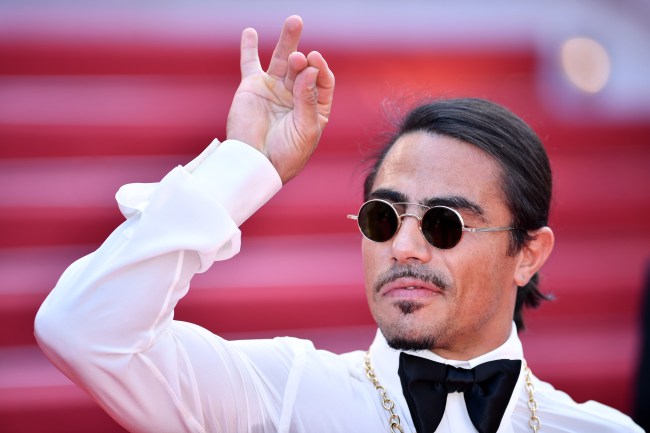 Going to Salt Bae’s restaurant as a couple is a recipe for disaster.

Last year, a video went viral showing an angry boyfriend storming into a Nusr-Et restaurant in Boston while a woman twerked for the Internet sensation.

I NEED to know what happened before and after cos this video has me crying.

On Friday, another video depicting Salt Bae feeding a woman in front of her boyfriend, who had a pained expression on his face during the entire clip, exploded on social media.

The Internet found the video hilarious due to how the man reacted to his girlfriend being fed by Salt Bae.

Him outside the restaurant pic.twitter.com/sgOWlSHdC8

She did the most with her tongue out all seductively 😂 that man hurt pic.twitter.com/weJ7Lq0zo9

Soon as we get home this us pic.twitter.com/m11bBrrU8H

mans on the way home.. pic.twitter.com/eChuzjzyCo

"she really eating another mans meat in front me?" pic.twitter.com/HuxJ111Ejx