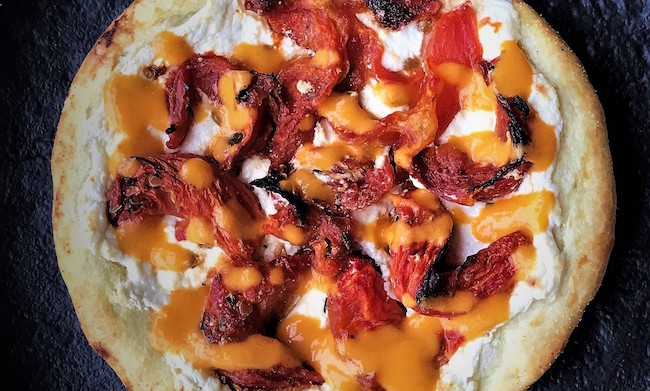 If you apply to the theory that food is capable of soaking up the alcohol in your stomach after a long night of drinking, then you’ve undoubtedly eaten pizza at some ungodly hour of the night (and probably have some more from the box you forgot to put in the fridge when you wake up). Some people would argue that eating an entire Domino’s pizza at three in the morning is a sign that you have at least a couple of problems, but if doing that is wrong, then I don’t want to be right.

No one is more appreciative of the relationship between pizza and booze like Scarpetta, a restaurant in Philadelphia that decided to add vodka-infused pizza to their menu. Unlike most recipes that contain alcohol as an ingredient, it doesn’t burn off in this case, and you have to be at least 21 years old to order it.

The pizza starts off with a Stateside Urbancraft vodka-based dough, but the restaurant also adds a couple of toppings the might be capable of giving you a buzz. The Philly Voice described the vodka-centric dish, saying:

It doesn’t come with a shot of vodka, but I assume it’s implied you want one when you order it.

While the pizza probably won’t get you drunk on its own (unless you happen to be the ultimate lightweight), but if you want to give it a shot, it only costs $6 during the restaurant’s happy hour.