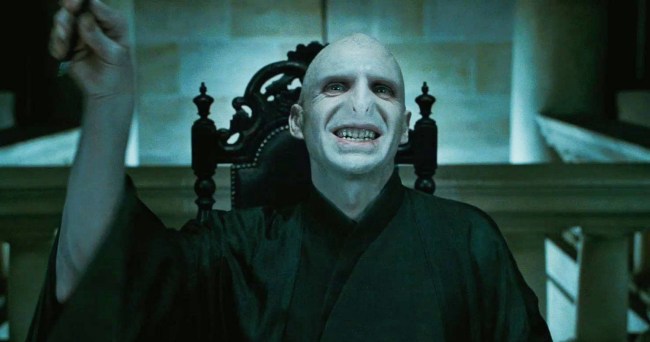 When it comes to the Hollywood landscape these days, franchises — similar to Thanos — are inevitable. Love it, hate it, or aren’t bothered by it, we must accept that franchises and tentpoles and sequels and spin-offs and reboots represent the future of pop-cultural entertainment as we know it.

To be fair, sometimes this style of entertainment works out: look how dope The Mandalorian was! However, sometimes it doesn’t: look how awful The Rise of Skywalker was!

And yet, despite the mass proliferation of ancillary content, one behemoth Hollywood franchise that has remained untouched by the remake/reboot wave is Harry Potter, which has been dormant since Harry Potter and the Deathly Hallows Part 2 was released back in 2011.

According to recent reports, though, that may change soon, as there are rumors that the studio behind the Wizarding World — Warner Bros. — is looking to develop a Voldemort origin story.

According to sources close to We Got This Covered – the same ones who said Disney is doing a Beauty and the Beast spinoff for Gaston, and that National Treasure 3 is in development, both of which are now confirmed – Warner Bros. are looking to develop a Lord Voldemort origins movie, one that’ll focus on how he became the Wizarding World’s Dark Lord. And one name they’re eyeing to star as the young version of the iconic character is Stranger Things star Noah Schnapp. [via We Got This Covered]

To be fair, of all the reboots and spin-offs and sequels that Hollywood shoves down our collective throats these days, a Voldemort origin story is actually one of the more interesting ideas I’ve heard.

Despite being one of the most iconic movie villains of the last two decades, I’d argue that the casual, non-book-reading fan doesn’t know much about the Dark Lord’s past, thus making a potential origin story more viable than the standard money-grabbing spin-off.