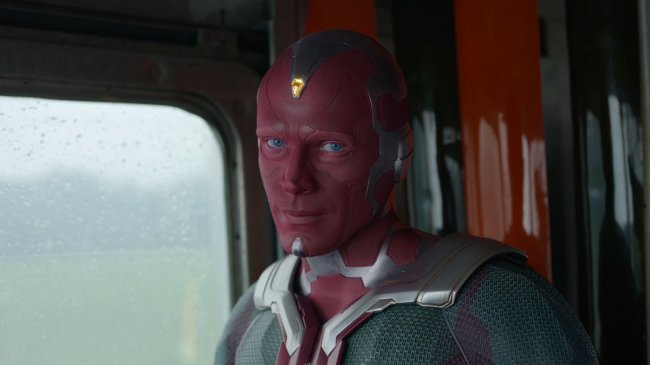 When it comes to the finale of WandaVison, your opinion about the conclusion and the series as a whole is likely informed by your own personal desires for the series. If you wanted Mephisto or Nightmare or Doctor Strange to appear, then perhaps you found yourself disappointed. If you simply wanted to consume some Marvel Cinematic Universe content after a year-plus without it, then you probably found yourself pleasantly satisfied.

REVIEW: The Greatest Trick ‘WandaVision’ Ever Pulled Was Making Us Care

For those who found themselves lost-in-the-theorization-sauce, series director Matt Shakman has recently come out with something of a mea culpa, admitting that he and his creative team did not expect the “aerospace engineer” reference to get blown out of proportion to such an extent that fans expected the reveal to consist of a Reed Richards cameo.

“We did reshoot a little thing there, changed some dialogue, added the aerospace engineer which was never an intention on our side to set up the Fantastic Four,” Shakman said on Kevin Smith’s Fatman Beyond podcast.

Personally, I literally *never* expected Reed Richards to pop up, as introducing a character as iconic as Mr. Fantastic on a Disney+ series, let alone WandaVision, simply never felt like a realistic possibility. Mega-producer Kevin Feige has been doing this for over a decade now, so he likely knows better than anyone how nonsensical it would be to debut one of Marvel’s most famous heroes behind a subscription service. Did I wrongly expect a villain bigger than Agatha Harkness to pop up? Certainly. Did I predict Doctor Strange would eventually show up? Absolutely. But Reed Richards? That was never going to happen and fans who thought it would have only themselves to blame for warping their expectations.

You can check out Kevin Smith’s full interview with Matt Shakman below. Also make sure to check out the Post-Credit Podcast, where we’ll be discussing everything from The Snyder Cut to The Falcon and the Winter Soldier in the coming weeks.