The Greatest Trick ‘WandaVision’ Ever Pulled Was Making Us Care 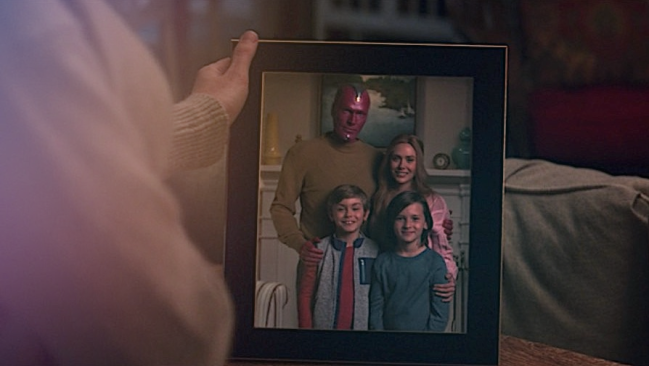 If their best-laid plans had come to fruition, in no world would Marvel Studios had chosen to launch their Disney+ era with WandaVision, a series that’s ultimately fixated on a pair of peripheral, formerly two-dimensional characters.

Borne out of one of the Marvel Cinematic Universe’s worst films, Elizabeth Olsen’s Wanda Maximoff and Paul Bettany’s Vision never assimilated themselves into the hearts and minds of fans the way the likes of Steve Rodgers or Natasha Romanoff did. To those unfamiliar with their comic book origins, their love story felt unearned and contrived, as if the screenwriters decided that two characters with no mapped-out future would be better-served running-in-place together. Infinity War is my second favorite MCU film and my skin still crawls whenever Wanda unleashes that first Scotland set “Vis” (her puppy name for Vision). No fault of the actors or the characters, of course, but more so the lack of time spent building up that relationship — a relationship between two admittedly, for lack of a better term, comic booky characters (guys, Vision is literally a purple and green android) — to the point where casual audiences would buy it.

Warning: spoilers for “The Series Finale” of WandaVision will follow. 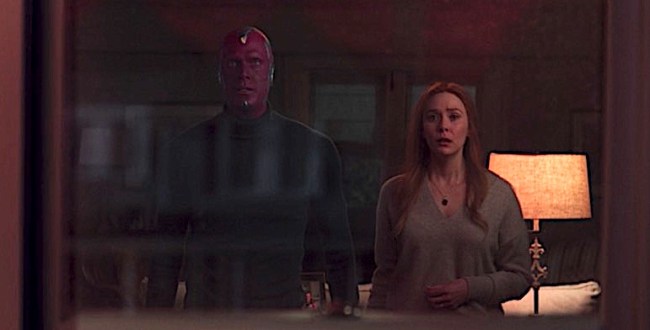 WandaVision very obviously knew as much and did everything in its power to right those wrongs, to lay the groundwork of a love that Marvel Studios has long wanted to legitimize but never gave the necessary space to do so. And that, ultimately, for all of its magic and sorcery and winks and nods and theories and speculation, was this series’ greatest trick of all: that it made you care about these two characters as much as any in the MCU before.

Outside of the universe-leveling snap in the aforementioned Infinity War and the passing of decade-long MCU stalwarts in Endgame, after that series finale (quite literally titled “The Series Finale”), there’s no question that WandaVision is, in the simplest form of the word, the *saddest* entry in the 23-film franchise thus far. The unrelenting sense of sorrow that pulses through this series and its lead character is conversely, and somewhat retcon-ily, what makes the ultimately arc-defining love between Wanda and Vision finally register. In their grief, two of the Marvel Cinematic Universe’s most unrelatable, underwritten and underserved characters became the pinnacle of emotional comic book storytelling.

While the final two episodes of WandaVision may not have delivered on your rampant fan-theories, it absolutely connected for a home run of a dramatic knockout. The retrospective of Wanda’s thoroughly and consistently traumatic life, revealing that the sitcom reality was not for the sake of a gimmick, but for the peace that nostalgia provides, followed by a permanent goodbye with her soulmate that excels in its ability to be simultaneously subtle and devastating — in a series finale filled with clunky, at times bordering on corny dialogue, Wanda and Vision’s farewell is everything but — makes you wonder how it’s taken this long for the heartbreak of their long-cursed love to register, how it’s taken this long for you to care. Saying goodbye to Vision wasn’t just difficult for Wanda, but for all of us, and that is a monumental feat in and of itself.

I mean I’m not not crying.#WandaVision

That is what the best stories do, regardless of what decade they hail from. They ignite the imagination and stir the soul. Despite my many frustrations with the series’ narrative choices, I found myself undeniably moved, certainly as much as I’ve ever been while watching blockbuster superhero content this side of Logan. WandaVision may not have been what you wanted, but it’s what these characters needed, and in providing that, Marvel Studios has created a story with perhaps more heart than anything they’ve ever done.

All nine episodes of ‘WandaVision’ are now streaming on Disney+.