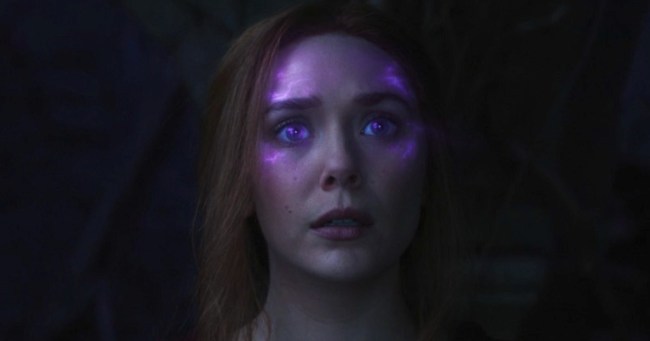 After close to two months of keeping their narrative cards close to their chest, Disney+’s WandaVision *finally* made the reveal this week of who the “big bad” is. Well, sorta…

Warning: spoilers for episode 7 of ‘WandaVision’ — “Breaking the Fourth Wall” — will follow.

With Wanda’s alternate reality no longer a containable sideshow, both those living inside and outside of Westview found themselves reaching breaking points this week, as each party did their very best to maintain, or tear down, Wanda’s glowing red walls.

Clearly in emotional distress over having to expand the borders of Westview (which is amusingly played as a hangover), Wanda’s world is teetering on a knife’s edge, as even the Scarlet Witch herself finds it difficult to maintain her illusion, with household objects such as milk cartons and couches and televisions shapeshifting throughout the decades while she’s using them. Things are quite literally spiraling out-of-control, as Wanda admits she doesn’t understand why she is no longer able to maintain her illusion.

The patience on the outside world is running equally thin, as Monica Rambeau decides that the time to act is now, forcing herself through Wanda’s force field and into Westview, seemingly giving herself superpowers in the process.

After freshly-superpowered Monica storms up to Wanda’s front door to confront — and rescue —  her, the always-oddly-on-time Agnes arrives to conveniently cool tensions, taking Wanda under her wing and into her home while telling Rambeau to leave.

Now sitting on Agnes’ couch, Wanda finally realizes, “Wait a minute, where are my twins?”, to which Agnes responds that they’re probably playing in the basement.

Then, finally, as Wanda creeps through an aggressively-evil cellar that is incongruent with all of the other locales we’ve seen in Westview thus far, Agnes arrives to make the big reveal: she’s actually a witch named Agatha Harkness and she’s been the one pulling the string’s of Wanda’s alternate reality all along. 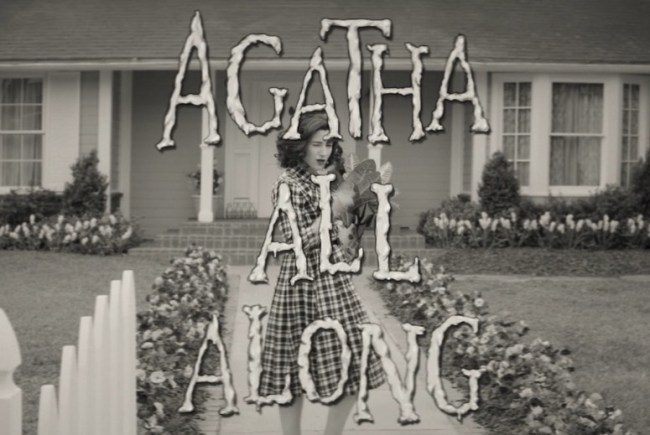 RELATED: There’s A Devil Coming To Westview, But Who? Diving Into Agatha’s ‘WandaVision’ Dungeon

But while the revelation that Agnes is actually Agatha Harkness is certainly seismic, I’m not so sure that it’s THE secret we’ve been waiting for, as Agatha’s “husband” Ralph still remains curiously unseen. Or, perhaps, we have already seen Ralph and he’s the one currently masquerading around as Pietro. Either way, that’s a mystery that remains to be solved.

WandaVision now finds itself in the midst of a three-way triangle where every corner could be conveyed as evil. There’s SWORD who — obvious heroicness of Monica aside — are clearly up to no good (i.e. trying to resurrect Vision). There’s Wanda, who doesn’t seem like she’s prepared to put on her do-gooding cape anytime soon. And then there’s Agatha (and Ralph), who quite clearly has something far more nefarious at play with the newly-missing twins. The demonic Mephisto, who’s long-been speculated to be the true villain of the series, is known for absorbing the superpowers of children and that’s certainly more at play than it’s ever been.

Given that there are only two episodes left, the finally 90-minutes-or-so of this series should be a downhill sprint, with the ultimate “big bad” likely being revealed towards the end and remaining a problem in the future of the Marvel Cinematic Universe.

As for who the real bad guy is? Your guess is as good as mine. If WandaVision has taught us anything thus far, it’s that evil comes in all shapes and sizes.