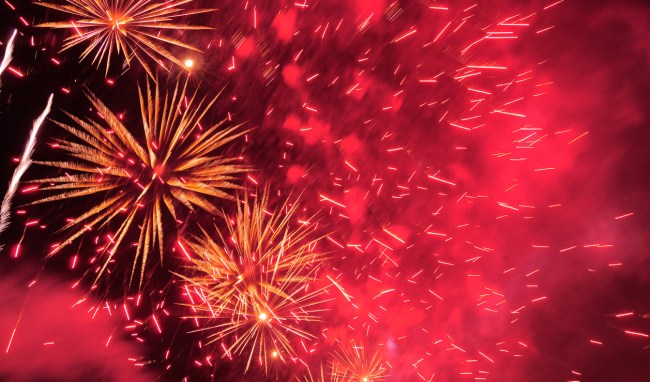 This year July 4th fireworks shows all across America got a little extra entertainment as in at least 10 states lightning appeared right in the middle of the big show.

Now, if you are thinking to yourself that it probably isn’t a good idea to have a fireworks show somewhere lightning is flashing in the sky, you would be correct.

WGN in Chicago reported that, yep, four people were injured, three of them seriously, by lightning strikes during or shortly after July 4th fireworks displays.

“I got the phone call he got struck by lightning and was on the ground unresponsive, “ Cindy Fuller said of his son Dawson, 18. “He was thrown backwards into the air 5 to 7 feet and landed on his head.”

Kevin Kloesel, director of Oklahoma’s Climatological Survey and an expert on lightning safety, told the Washington Post, “It’s frustrating that we have this expertise and that it’s not being used. There’s no longer any excuse for someone to be struck by lighting at a fireworks show.”

Yeah, but the videos and pictures of the lightning mixing with the fireworks is really, really cool. And isn’t that what actually matters here? Just think of all the social media likes and shares!

Fireworks of Pilsen, lightning in the distance. #4thofJuly2018 pic.twitter.com/HL7skhYAah

MOTHER NATURE STEALS THE SHOW: A fireworks display in Norwood, Pennsylvania was overtaken by Mother Nature as a massive bolt of lightning shocked onlookers. pic.twitter.com/CpfZJGDE3f

WOW!!!! Lightning strikes a #firework….or looks like it does….video coming soon. This is real!

Hey @HerzogWeather @LeagueCityTX got their Fireworks show started early & finished just as the storm hit! Great call LC it was fantastic even if I got drenched walking to my car!! pic.twitter.com/18UAa4fgoM

Watching the fireworks in League City during a lightning storm! #houwx pic.twitter.com/BaChnsW10j