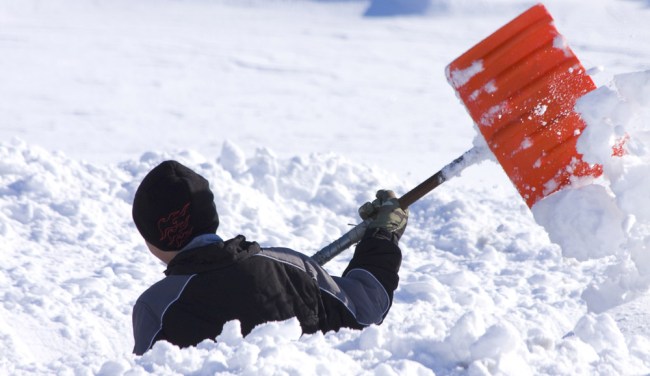 The Weather Channel recently released its annual list of winter storm names for the 2017-2018 season and the internet is making so much fun of them.

Why? Well, for one, The Weather Channel’s names for storms are, uh, not official. Like at all. Unlike hurricanes, winter storms don’t actually have an official name. In fact, the only storms the National Weather Service recognizes are hurricanes.

The second reason people are making fun of The Weather Channel’s 2017-2018 list of winter storm names? They are the most popular baby names of 2016. Get ready for lots of jokes about babies and toddlers being “storms” on your Facebook feed this winter.

Winter Storm Names for the 2017-2018 season have officially been released: https://t.co/RFrXoFsRSU pic.twitter.com/rfiPKh2yIo

The Weather Channel says that they name the storms so the media can more easily identify them and disseminate information about them and totally not so they can get free publicity.

Needless to say, because, internet, folks are having a lot of fun with this list, which I am sure in way disappoints The Weather Channel at all because, hey we’re talking about them.

Do I see Ethan and Grayson? pic.twitter.com/wls0mUNggO

These winter storms can't afford a home because they went broke on avocado toast.

Oh yessir I am a storm

Is this just a weeks schedule from Chipotle?

It's about time that Zoey comes back pic.twitter.com/vhdSp9teOd

60% of these storms are going to have informally diagnosed food allergies https://t.co/ynQ3GbHCjK

These storms will use their lawyer father to bail them out of any trouble.

12 of these storms just fucked my girlfriend on Xbox live

The Weather Channel began routine naming of winter storms in 2012. But why stop there? Gentle Spring Rain Gertrude, anyone?

Winter Storm Uma is gonna do some damage pic.twitter.com/OdoRpxCFD7

Someone needs to say Enough is enough with naming Winter Storms. Next they will be naming tornado's or thunder storms.

noaa and everyone else wants you to stop fucking doing this

Not going to happen.