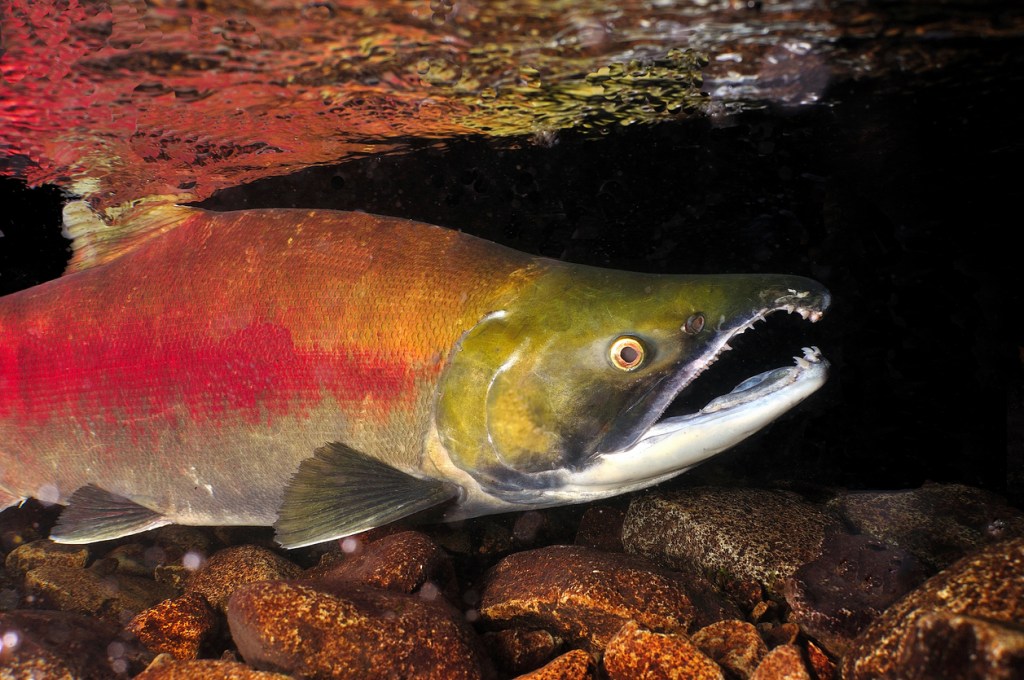 Barely a week has passed since we were talking about meth-addicted fish. My colleague Connor wrote about a recent study where scientists tested the effects of trout swimming around in meth. Spoiler alert: it could be catastrophic for the ecosystem and the entire food chain.

“The salmon panicked and attempted to jump out of the water,” Daniel Fey, head of the Ecology and Aquaculture department, told Der Spiegel Magazine, adding that the behavior is indicative of contaminated water. “It was a response to a feeling of discomfort.” In a section of its recently released annual report titled “Salmon on Coke,” the Lanuv outlines the steps it took to figure out the salmon’s puzzling behavior. (via VICE)

After the fish were observed trying to GTFO the water they took some samples. The water was tested for all sorts of pesticides, herbicides, and other things they might expect to cause distress in the fish. None of that was present. Then the samples came back positive for “cocaine and its chemical degradation product benzoylecgonine.”

The verdict was in: the salmon jacked up on cocaine. Just as everyone had suspected all along, right???

Scientists weren’t willing to say with 100% certainty that cocaine causes the weird behavior but the statement pretty much walked to the edge and allows us to make our own conclusions:

“A clear cause for the behavior of the fish could not be determined,” the report reads. “However, a reaction to cocaine detected in the stream water cannot be ruled out.”

Seems like a pretty big waste of party drugs to me. All it did was cause the salmon to bug out. Side note: I don’t think I knew there were native salmon populations in Germany but it also makes perfect sense that they’d be there.

The report went on to state the salmon didn’t suffer any long-term health issues from their short breath with the white powder. And their erratic behavior only lasted for a day…. What I’m taking away from this is the cocaine high appears to last longer for salmon than it does for people.

It should go without saying, but if you see a salmon and he asks you for some blow you should pass. Fish don’t need drugs.