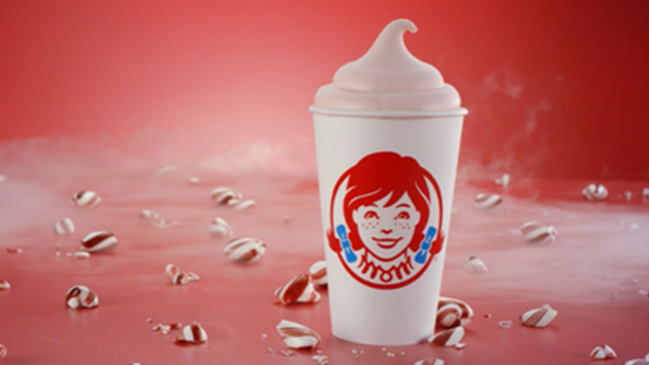 It’s been over 50 years since Dave Thomas introduced the world to Wendy’s when what would become a multinational fast food giant opened its first location in Columbus, Ohio all the way back in 1969.

The chain that currently boasts close to 6,000 locations around the globe has certainly come a long way since then; over the decades, Wendy’s has made plenty of tweaks to a menu that initially gave customers just four unique items to choose from (aside from soft drinks): burgers (featuring its signature square patties), fries, a bowl of chili, and the dessert option dubbed the “Frosty.”

There are a number of elements that set Wendy’s apart from the rest of the pack (I challenge you to name any other fast food restaurant where you can order a baked potato). However, the Frosty—the dairy treat that straddles the line between a milkshake and soft serve ice cream—is arguably its signature item.

Wendy’s has largely adopted the “If it ain’t broke, don’t fix it” mentality when it comes to its approach to the Frosty. The flavor the corporation officially dubbed “light chocolate” was the only one you could order until it was joined by vanilla in 2006, and it took another 15 years for Wendy’s to complete the Neapolitan trifecta when it rolled out a strawberry offering in Canada that made its way to the United States earlier this year.

However, that last option is about to make way for what is just the fourth Frosty flavor to ever grace the menu at Wendy’s, which is dropping just in time for the holiday season.

Wendy’s is rolling out a peppermint Frosty for the holidays

You might not know the reason peppermint is commonly associated with Christmas and the holidays (we can likely thank the confectioner who dreamed up the candy cane), but there’s a very good chance you still have the urge to ramp up your consumption of minty treats once Thanksgiving comes and goes.

One of my favorite ways to warm up during the winter is a mug of hot chocolate spiked with a generous pour of peppermint schnapps. I can’t say I’ve ever felt the urge to order a Frosty at a time of year when that word can also be used to describe the temperature, but that didn’t stop Wendy’s from announcing the arrival of the peppermint variety that will be offered for a limited time as of November 15th.