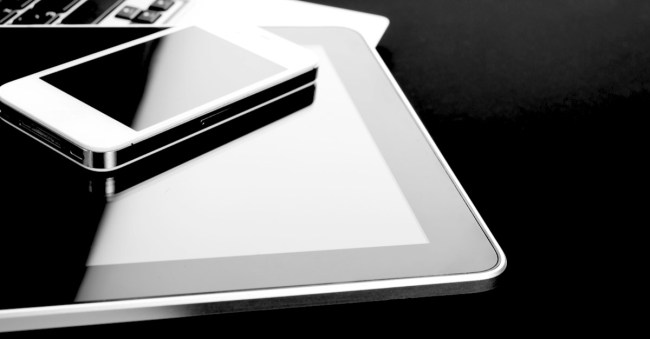 Are one of those people who doesn’t know what “Black Mirror” means even though the Netflix show of the same name is now in its fourth season? If so, brace yourself, because based on the reactions of the thousands of people who just figured it out, your mind is about to get blown to smithereens.

Back in 2014, the creator of Black Mirror, Charlie Brooker explained to Britain’s Channel 4 what the title of the show means, but since most of us don’t read watch that channel I guess it never really registered.

And yet, here we are in 2018, four seasons in, as I mentioned, and people who watch the show, LOTS of people, are still just now figuring this out.

am i the only one who didnt know black mirror was called black mirror because when you look at your phone or computer screen after it's turned off you see your reflection on the black screen…it's a black mirror.. pic.twitter.com/ApBxUC3RdU

Over 35,000 retweets and over 112,000 likes. Wow. Thank goodness we have the internet these days, huh? So many people would be completely lost without it.

Now it all makes sense, the show is all about the possible effects technology could have on us, I'm shook pic.twitter.com/dPO1qSbBel

Me: *shook, looking at my computer screen which is now a literal black mirror*

Whoever came up with that title: pic.twitter.com/abWntakzWE

OMG!!!
OR YOUR TV!!! pic.twitter.com/hoH1thsPYC

My woke wig is SNATCHED pic.twitter.com/1zZVzuMr09

I thought it was called black mirror because its about dark tales in other worlds that mirrors our own. pic.twitter.com/odGfhYtsbA

Welp now i have to watch this series

This is why Trump won. pic.twitter.com/lWOZ2I4186

He may actually be on to something.