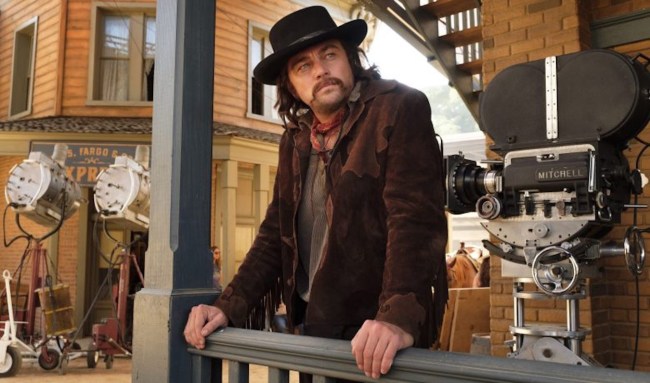 First, some somber news: folks,,, barring something unforeseen it appears that Once Upon A Time In Hollywood will not be taking home the prize for Best Picture at this weekend’s Academy Awards, as it’s currently looking like a two-horse race between 1917 and Parasite.

Now, I’ve seen both 1917 and Parasite, and both are wildly impressive in their own unique ways. Whereas 1917 is an astounding technical movie-making achievement, Parasite represents the result of a director — Bong Joon-Ho — operating at the absolute peak of his powers. There is not but one weak moment in Parasite. It’s incredible. The same can be said for 1917, just a truly remarkable film.

And because I’m assuming that you, too, have seen Once Upon A Time In Hollywood, then you know the delightful way it ends. But, if you are like me, then you likely found yourself wondering, “well, what happens next?”

Luckily for us, because Quentin Tarantino’s mind seems to be a perpetual factory of creativity, we now know exactly what happens to Rick Dalton after the events of the film because, well, he straight up told us.

Speaking to Collider during a Q&A session, the acclaimed director gave a classicly Tarantino-detailed explanation of what happens to Rick fuckin’ Dalton after he torches the Manson Family.

The whole incident with the flamethrower and the hippies got a lot of play. No one quite knows what a big deal that was, but it was still a big deal. And it’s a big deal that he killed ‘em with the flamethrower, with the prop from one of his most popular movies. So he starts becoming in demand again. I mean, not in demand like Michael Sarrazin at that time was in demand, but he’s got some publicity and now all of a sudden “The 14 Fists of McCluskey” is playing more on Channel 5 during Combat Week and stuff. And so he gets offered a couple of features — low-budget ones, but studio ones. But the thing is, on the episodic-TV circuit, he’s a bigger name now. He’s not quite Darren McGavin, all right? Darren McGavin would get paid the highest you could get paid as a guest star back in that time. But Rick’s about where John Saxon was, maybe just a little bit higher.

So he’s getting good money and doing the best shows. And the episodes are all built around him. So as opposed to doing ‘Land of the Giants’ and ‘Bingo Martin,’ now he’s the bad guy on ‘Mission: Impossible,’ and it’s his episode… Oh, and he does a Vince Edwards show, ‘Matt Lincoln.’ Or a Glenn Ford show, ‘Cade’s County.’ And that’s a big deal, ’cause he did ‘Hell-Fire Texas’ with Glenn Ford and they didn’t really get along. But now they bury the hatchet and they make a big deal about the two guys doing it together. And then he does a couple of Paul Wendkos’ TV movies… And you know, he’s doing OK. [via Collider]

And there you have it… Rick fuckin’ Dalton… he’s doing okay. And that is good enough for me.

RELATED: Leonardo DiCaprio May Be The Headliner, But Brad Pitt Is The Star Of Once Upon A Time In Hollywood