Leonardo DiCaprio May Be The Headliner, But Brad Pitt Is The Star Of ‘Once Upon A Time In Hollywood’ 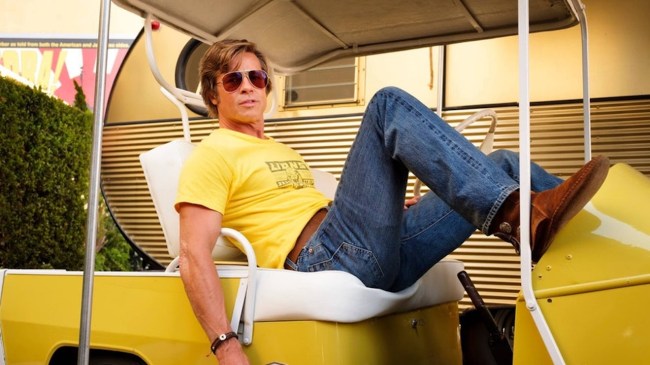 In the age of spandex-wearing, preexisting IP-derived superhero franchises, the role of the movie star has largely fallen by the wayside in recent years. After all, just look at what’s happened to Will Smith over the last decade.

Warning: spoilers for Once Upon A Time In Hollywood will follow.

Yet, while the “movie star” may be a dying breed, there are still a few of these singularly excellent actors that have the unique ability to draw people to the box office with their name alone. And of those remaining, and waining, movie stars, there are arguably none bigger — especially to the Millenial generation — than Leonardo DiCaprio and Brad Pitt.

Which is exactly what makes Once Upon A Time In Hollywood such a thrill to watch: you know you’re seeing two of our lifetime’s greats share the bright lights for the first, and probably last, time. The sheer juxtaposition of these two generational icons is truly a thrill in and of itself, as I caught myself grinning ear-to-ear from the moment the two first appeared on screen.

And yet, while DiCaprio puts forth the film’s strongest display of acting — as he always does — it’s the scenes featuring Pitt’s Cliff Booth that you find yourself waiting for.

While Leo’s character, Rick Dalton, spends most of the film’s runtime drowning under the weight of his own age-induced existential crisis, Booth’s Once Upon A Time exploits largely consist of him, really, just being fucking cool.

He fixes antennas shirtless under the golden California sun, he smokes acid-dipped cigarettes and crushes retro cold ones, he totes around a massive pitbull, he kicks Bruce Lee’s ass.

In fact, it makes me wonder if Tarantino included that very grizzly detail about Booth’s past as if to give the audience a reason — any reason at all — to dislike the character, as he’s otherwise portrayed as the human embodiment of cool. At least I’d hope so, as casually mentioning that Booth kinda, sorta, probably murdered his wife serves literally no other purpose in the film.

But Pitt’s turn as Booth is more than just wavy-haired handsomeness, as the Academy Award-nominated actor frequently shows off his dry comedic chops that we’ve seen (albeit all too infrequently) in past films such as Inglourious Basterds and Burn After Reading, particularly during the film’s ultra-violent conclusion, which largely succeeds on the back of Pitts’ performance.

Pitt, now 55, has never been considered in the same class of actor as Leonardo Dicaprio, that much is true. But if Leo is an artist, then Brad Pitt is a rockstar, and in Once Upon A Time In Hollywood, he’s the one who steals the show, which is just what rockstars do.