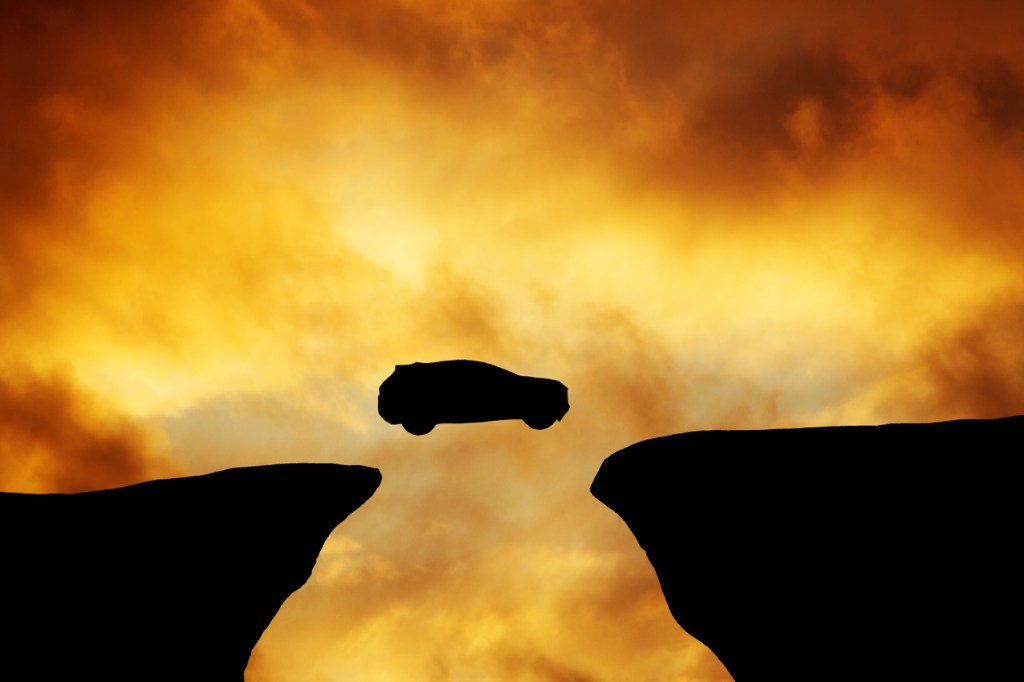 There are some pretty fun events in the world that we’d expect to see on the fictional ‘Ocho’ from Dodgeball. The first one that comes to mind is the infamous Gloucester Cheese Roll in England where participants chase a wheel of cheese down a perilous mountain.

Another event I’d expect to see on ‘The Ocoho‘ if it were a real channel on TV is Alaska’s annual Car Huck. It is held on the 4th of July and it features cars flying off a mountain with spectators down below.

What is the Car Huck in Alaska?

The Alaskan Car Huck basically features all of the action of a demolition derby but instead of cars hitting each other they’re flying off a mountain and gravity does the rest. This annual event is held in the tiny town of Glacier View, Alaska with a population of 375 residents (up from 234). Technically, Glacier View is part of the Anchorage Metropolitan Area despite being a 2-hour drive away in good weather conditions.

Each year on the 4th of July, people visit Glacier View for the Car Huck where cars are sent careening off a 300-foot cliff with spectators down below to watch the incredible crashes. The Car Huck in Glacier View is held in place of fireworks since it doesn’t get dark enough in Alaska during the Summer to make fireworks worth it. So they improvised and came up with this glorious event.

Here’s a rundown of this year’s Car Huck action:

I’ve never considered until now that Alaskans don’t get to experience the thrill of 4th of July fireworks because of their eternal sunshine. I’m guessing they make up for it on New Year’s Eve? I spent a NYE in Reykjavik, Iceland a few. years ago and their fireworks rivaled the 4th of July Macy’s Fireworks Show in NYC with fireworks going off in every direction of the city for hours and hours.

How exactly do the cars fly off the cliff during the Car Huck?

My first thought was maybe they lock the steering wheels in place and someone places a brick on the gas pedal for the Car Huck but that seems wildly dangerous. I looked into it, and according to Fox 6 Now the cars are rigged up to “a rail system and rigged to accelerate on their own”.

It’s not uncommon for the vehicles to dislodge from the rail system and go tumbling around uncontrollably.

The event first began in 2005 when Arnie Hrncir created the Car Huck as a way to honor the military. He told the local news last year “This is just an appreciation for our military, the ones that have retired and the ones that are still active.” They also encourage locals to spraypaint the cars in patriotic colors before they’re demolished which seems like an odd way to honor the military and country, to be honest.

Apparently, anytime locals want to dispose of old vehicles they call him up and he saves it for the Car Huck. The only stipulation is the engine must work but they do prefer automatic transmissions.

If you are searching for a reason to visit Alaska next Summer, maybe consider timing your trip to the 4th of July so you can check out the Car Huck action!