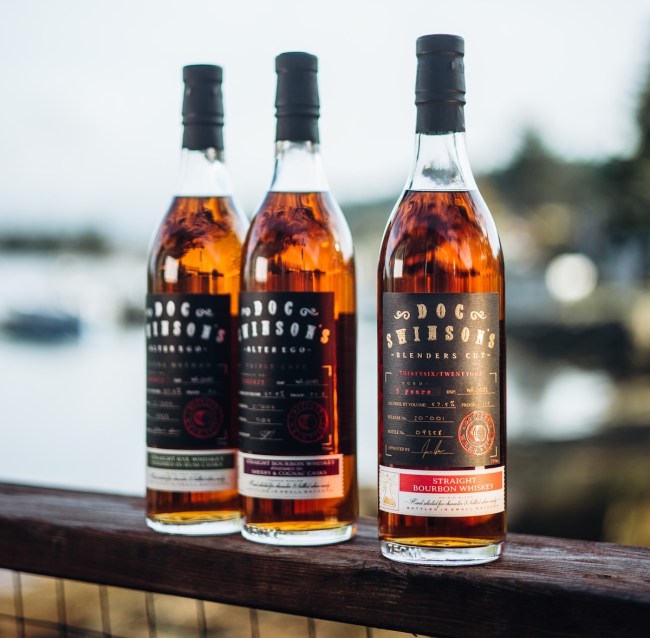 Life is full of twists and turns, and no matter how hard we try, it doesn’t always go the way we expect it to. That’s just how life is. But life not always going according to plan isn’t necessarily a bad thing. Sometimes even the best things in life can come to us as happy accidents.

And that is the story of how Doc Swinson’s came to be. The founders themselves will tell you that this was by no means what they initially set out to create. In fact, back in the day, they were a private label company for the most part. But when coming across a grouping of barrels that were quite old—we’re talking 10+ years old—the founders started playing around with different casks and releasing them sporadically. It turns out people actually quite liked it.

From there Doc Swinson’s just organically grew. Then right at the beginning of the pandemic, they got their hands on some even older whiskey and released it as their 15-Year Exploratory Cask, a straight, unfinished whiskey. Even with others releasing the same 15-year bourbon, albeit using their own unique blend of barrels, Doc Swinson’s once again found itself at the top. Since then they’ve followed it up by releasing a multitude of blended products using a unique approach of bringing old-world maturation and blending techniques to American whiskeys.

Joining Arthur Kade on the Endless Hustle podcast, here’s one of Doc Swinson’s founders & Master Blender Jesse Parker sharing the full story of the brand and how a happy accident has allowed them to make whiskeys even better!

With an endorsement from the legendary Fred Minnick, you can trust Doc Swinson’s is the real deal. For those who are unfamiliar with the whiskey space, Fred is a best-selling author known for his exceptional whiskey palate.

And while Jesse may accredit the brand’s success to luck, I think it has more to do with the unique approach they’re taking to finish their whiskeys. Plus, with the dedication these guys have towards making whiskey better, it’s no wonder people are loving it.

Using those sourced ingredients, Doc Swinson’s aims to find an outcome that is better than the sum of their parts. They look to the old-world traditions that have proven themselves over the course of time. From Scottish whiskey blenders to the timeless sherry pyramids of the Spanish solera, Doc Swinson’s has done their research. And for the whiskey purists, they occasionally stumble upon whiskey that needs no perfecting and bottle it at cask strength.

The four founders personally taste whatever whiskey comes through the doors. If and only if it’s good, will they find a place for it in either the Alter Ego, Blender’s Cut, Exploratory Cask, or Rare Release series. At the core, they are whiskey lovers with the goal of making whiskeys even better. No need to take Jesse’s or our word for it, grab yourself a bottle!