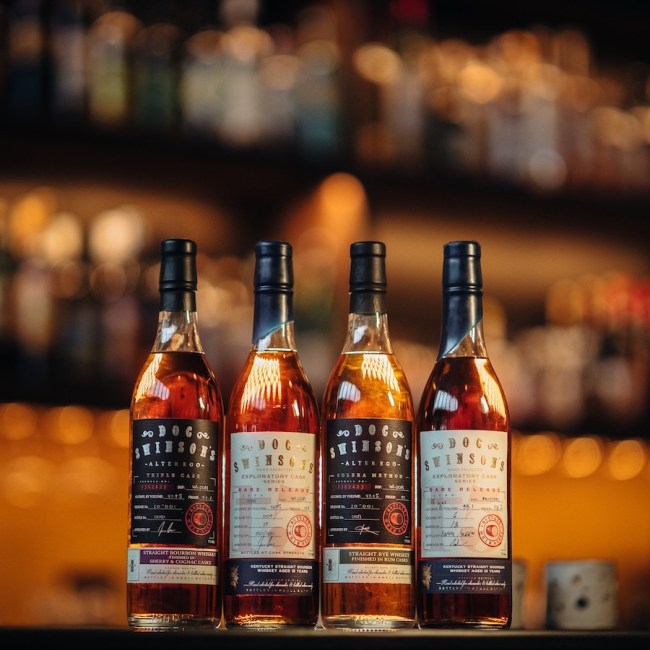 Every once in a while, there appears a drink that takes the world by storm and captivates the public. Sometimes it’s only in the limelight for a couple of weeks, as seen with more colorful, caffeinated concoctions your local coffee shop whips up.

But sometimes, a drink can engrain itself deep into society’s culture. Back in the summer of 2019, it was hard seltzers. So now that a few years have passed and the hard seltzer hype has died down, we’ve been in search of that next, big drink.

It’s now 2021 and this time it is whiskey. Introducing Doc Swinson’s, a blending house on a mission to challenge the American whiskey purists by bringing old world maturation and blending techniques to American whiskeys. Their founders understood how proven, traditional methods have stood the test of time for hundreds of years and the result is a curation of whiskeys blended together and truly unique to each bottling.

Talking with Arthur Kade on the Endless Hustle podcast, one of Doc Swinson’s founders & Master Blender Jesse Parker further shares how their finishing process differs from the typical industry bourbon and rye whiskeys.

Save the blended whiskey trash talk. You heard it from Jesse, the art of blending whiskey isn’t intended to cover up a bad whiskey like some may think. In fact, Doc Swinson’s starts with whiskeys that are already exceptional. And they release these straight whiskeys under their Blender’s cut and single barrel product lines. But when it comes to finishing, Doc Swinson’s stands by their mantra.  Finishing should be there to enhance the whiskey, layering in certain characteristics, but never taking it over. So even if you’re a whiskey purist, give them a try. You might’ve just stumbled across your newest favorite drink.

They’re not just seasoning the steak, they’re seasoning it damn well! Being able to source from different distilleries across the country, you can trust Doc Swinson’s will bring forth new, unique flavors. And considering Jesse’s experience of almost a decade in the industry, you can expect it to be good too!

Using those sourced ingredients, Doc Swinson’s aims to find an outcome that is better than the sum of their parts. They look to the old-world traditions that have proven themselves over the course of time. From Scottish whiskey blenders to the timeless sherry pyramids of the Spanish solera, Doc Swinson’s has done their research. And for the whiskey purists out there, they occasionally stumble upon whiskey that needs no perfecting and bottle it at cask strength.

Whatever whiskey comes through the doors is personally tasted by the four founders. If and only if it’s good, will they find a place for it in either the Alter Ego, Blender’s Cut, Exploratory, or Rare Release series. At the core, they are whiskey lovers with the goal of making whiskeys even better. No need to take Jesse’s or our word for it, grab yourself a bottle!