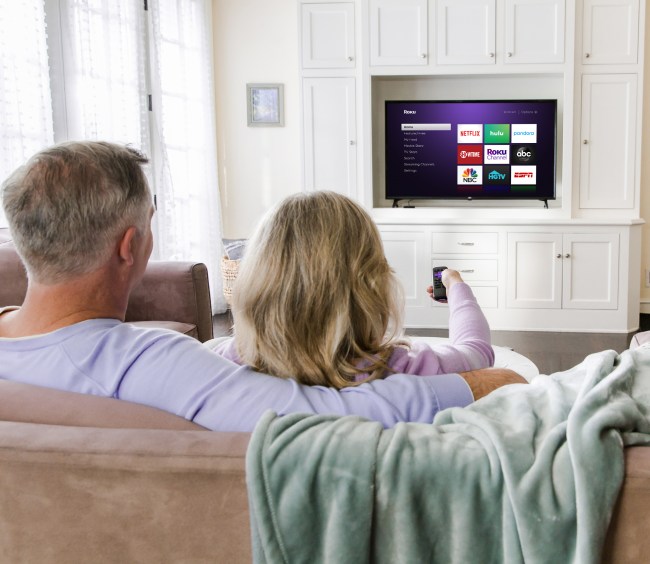 Presented in partnership with Roku…

Father’s Day is just a few days away, meaning you’re probably looking for the best gift to give your pops this year. While we’ve suggested some A+ audio and TV products from Roku a couple of times already, seeing as how we’ve got plenty of time left to quarantine and chill, it might be best to go a little deeper as to why Roku’s the ideal present for dad.

Not only does Roku have products like a Roku Smart Soundbar or a Roku Ultra (among other things) that’re relatively cheap — meaning you won’t put a major dent in your bank account when buying your Father’s Day gift this year — there’s unbeatable content available for dad to stream for free right now. 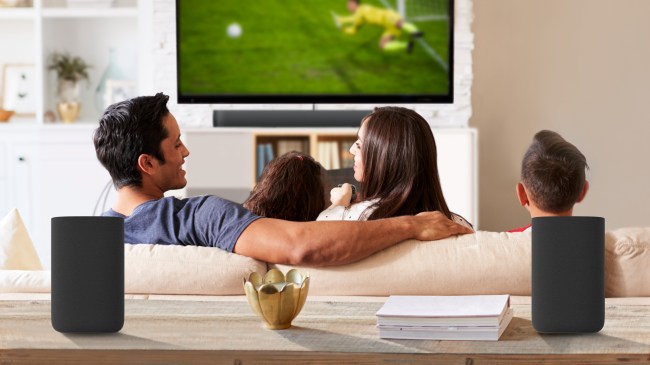 Since we know all dads love consuming as much content as humanly possible — hey, where do you think they get the material for all those dad jokes from? — we’re listing a few of the best dad movies, shows and comedy specials currently available on The Roku Channel.

The Roku Channel — Roku’s owned streaming channel — has more than 100,000 titles, including FREE movies and TV episodes, along with premium entertainment, and is one of the top channels on the Roku platform. Take a look below at some of our favorites (and then a few other suggestions below).

“You can do it” is still one of the best lines from a sports movie — and The Waterboy is an A+ flick that any football fan has to watch over and over. It’s peak Adam Sandler (as Bobby Boucher), and involves a helluva lot of hard hitting; so who doesn’t want to see that?

Everyone loves a good underdog story, and Hoosiers is one of the best ever. When your dad needs a little inspiration while he’s watching stuff on Roku, this is the movie that will definitely deliver. Facial tissue not included, unfortunately.

Do you feel lucky? If you’re a dad who wants to watch Clint Eastwood being a complete badass in the movie Dirty Harry, then, yeah, you sure do. Forget all these new action movies for a second, because the 1971 classic never gets old.

How much does dad miss the baseball season? Probably enough to stream the cult classic Bull Durham over and over just to get his fill. It’s sports. It’s romantic comedy. It’s drama. It’s honestly a great movie that combines all the things most dads love.

De Niro won an Oscar in 1980 for his role as Jake LaMotta in Raging Bull, so this boxing movie is more than just a couple of scenes with hard-hitting action. Directed by Martin Scorsese, the film is regarded as one of the best films ever created, so go ahead and grab a snack and post up on the couch to stream with your dad.

It’s Patrick Swayze and Halle Berry, with a plot to pull off a crazy heist, all while trying to raise kids and avoid getting busted by the cops. If that’s not the perfect movie to laugh with dad to, we don’t know what is.

Mike Epps has long-been one of the funniest men in showbiz, and with his 2011 comedy special available to watch on The Roku Channel at the moment, you can bet your dad will be busy trying to duplicate the hilarity of the comedian. And with a few special guests making an appearance in the stand up act, you better be prepared for plenty of dad jokes coming your way after your pops watches this.

And here’s a list of a few other classics for dad to watch all available on The Roku Channel right now.

Given the variety of films, it’s no wonder why Roku should be at the top of your list for Father’s Day this year. I mean, sheesh, they’ve got Roku TV, Roku Smart Soundbar, Roku Wireless Speakers, Roku Streaming Stick+, and Roku Ultra, among other things, that your dad can upgrade his man cave with. That’s pretty awesome. 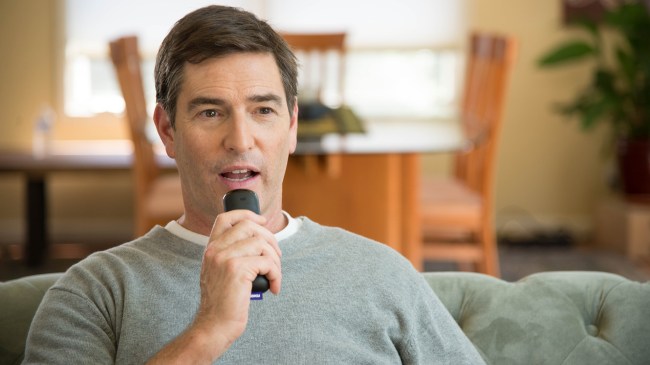 With all of those options for Father’s Day gifts this year, Roku brings an unmatched entertainment experience, delivering high definition with excellent sound quality. And because there are a bunch of movies, TV shows and comedy specials your dad will love —you can be sure you’re giving the gift of serious entertainment to pops this year.