What’s The Best Flavor Of Pop-Tarts? There Is Only One Right Answer 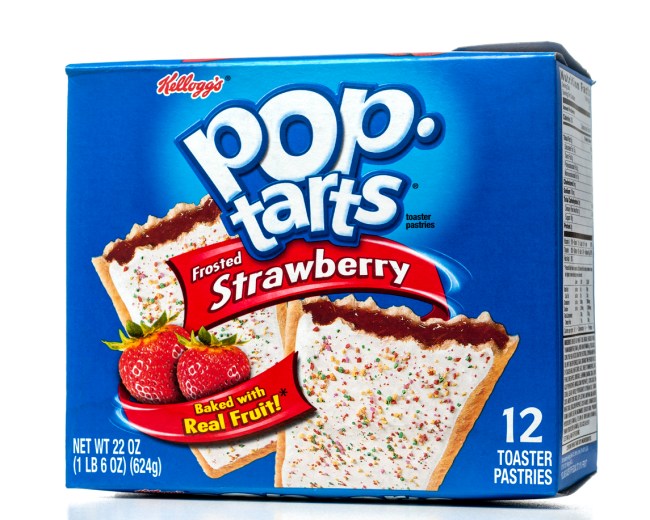 Everyone has a little more time on their hands while society disintegrates before our very eyes. Some people have used that free time to watch Tiger King, while others engage in spirited debates on how to try to stop the economy from collapsing while minimizing casualties from the current health crisis. Then there are people who argue over what’s the best flavor of Pop-Tarts.

Pop-Tarts, the beloved toaster pastry, was introduced to the American public in 1964 by Kellogg’s. Ever since, they have provided breakfast to millions of people who don’t have the money or the time for a real pastry with real fruit. The rectangle-shaped carb pouch is stuffed with fillings such as fruit, cinnamon, and chocolate. Kellogg’s has created dozens of Pop-Tart flavors, but only one Pop-Tart flavor is the best Pop-Tart flavor.

There have been heated conversations on Twitter regarding what is the greatest Pop-Tart flavor of all-time. Houston Astros ace Justin Verlander asked his 1.9 million followers on Twitter to settle a family argument. The starting pitcher asked: “Which is your favorite flavor of poptarts?” The tweet included a poll, asking what is the better flavor S’mores or Chocolate Fudge.

Ok family argument that needs settling. Which is your favorite flavor of poptarts?

At the time of publication, S’mores had a resounding lead over chocolate fudge. But Verlander is cheating. Why only those two flavors? They’re not even top five flavors? We need to have an intellectual discussion on what is the greatest Pop-Tart flavor of all of the sugary, delicious options.

One Twitter user held a March Madness-style tournament between the Pop-Tarts flavors. The final four was comprised of Frosted Wild Berry, Frosted Strawberry, Brown Sugar Cinnamon, and Frosted Blueberry. Wild Berry? A top-four Pop-Tart flavor? Get out of here with that malarkey. Frosted Blueberry a top-four Pop-Tart flavor? Put down your phone, you’re embarrassing yourself. Not putting Frosted Cherry in the top four should be a hate crime.

Let’s get this out of the way right now. Frosted Brown Sugar Cinnamon is the best Pop-Tart flavor. Period. End of story. This is not debatable.

You can make arguments for the second or third-best Pop-Tart flavors, but Frosted Brown Sugar Cinnamon is and always will be the GOAT. It’s breakfast-y, it smells delectable while cooking in the toaster oven, and it’s not overly saccharine. The perfect Pop-Tart.

The definitive top ten Pop-Tart flavors are as follows:

If you notice, there are no unfrosted Pop-Tarts on the list of the top ten Pop-Tarts flavors because only a psychopath would prefer a dry, flavorless unfrosted toaster pastry over one shrouded with a sugary blanket of sweet goodness.

The next Pop-Tart-related debate is: Should you put butter on a Pop-Tart?