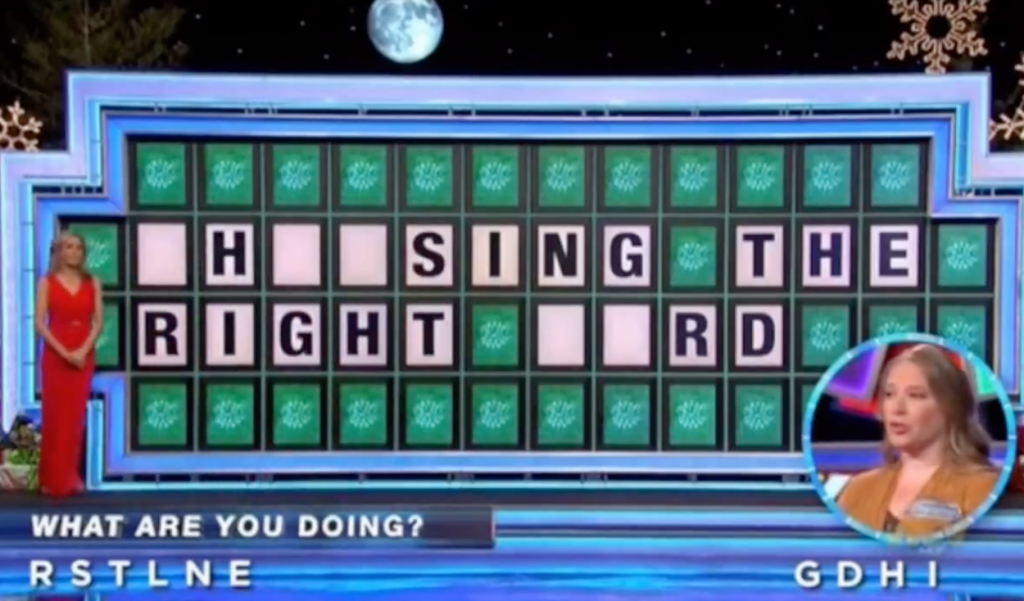 It’s been a rough week for Wheel of Fortune. Monday started with a contestant being screwed out of $39,000 for allegedly misspelling rapper Yung Joc’s name. The show had it spelled ‘Young Jock’ while the rapper himself spells it ‘Yung Joc’. He later responded on Instagram claiming that’s not how his name is spelled.

Flash forward 24 hours and Wheel of Fortune has another controversy on its hands. The show appears to have boned a contestant out of winning an Audi Q3 despite correctly answering the puzzle.

Host Pat Sajak claims the contestant didn’t answer the question in the correct manner. Not that she didn’t get the right answer, she did, but that she paused between the words and Pat says everyone knows that’s not okay.

Come on @WheelofFortune, the woman literally chose the right word. Give her the car. pic.twitter.com/aAaMyFeEZl

Nobody knows that, Pat. She correctly solved the puzzle. She deserved the car. And people are now furious.

Pat told her “we’ll allow for a little pause but not 4 or 5 seconds”. She could’ve just dragged out that third word and it would’ve been one long continuous answer. Pat’s reasoning is garbage. And Wheel of Fortune howes her an Audi Q3 in the eyes of pretty much every person on the Internet.

Fans Are Furious After Fan Got Screwed Out Of Free Car

Now I'm wondering if she had just stretched out the word "riiiiiiiiiight," would that have counted as a continuous answer? I understand rules are rules but this seems like a particularly dumb rule. C'mon Wheel, it's Christmas.

Wow… that is pathetic! Very unfair for wheel to use this rule. She got the correct words to the puzzle. Not letting her win because of a pause, that is so petty, almost enough to not want to watch the show

I remember a puzzle solved somewhat recently with a short pause and the last word said after the buzzer. In this case, she beat the buzzer, so the pause length should be irrelevant. The “Dez Bryant catch” of Wheel of Fortune.

and i'd definitely understand if it was "you paused too long, time's up" during regular play, but in the bonus round where it's already on a ten-second time limit, imposing an additional completely subjective time limit on top of that?

Wheel owes that woman a car! She said the sentence, paused and then said "word". Before the buzzer.

#WheelofFortune that ruling should be over turned .. she was taking a breath…I guess you can't do that these days..she should get the car.. Audi should award her the car..would be good marketing.

Here is a comparison of other Wheel of Fortune Bonus Rounds with pauses. Although they were stricter about it back in 2013, it seems they now draw the line at 3 or 4 seconds. A 2.7s pause was okay, but a 4.9-5.0s pause is not. #WheelofFortune #ChoosingTheRightWord #Audi pic.twitter.com/4Fgs8JrqqO

This might be nothing but it could also mean that Audi is actually going to do something about this and right the wrongs of the show.

UPDATE: Audi is giving her the free car!!!

Meanwhile, Wheel of Fortune is all jazzed up this week about hiring a new social correspondent! It’s Pat Sajak’s daughter. Her Country Music career didn’t pan out so now she’s working in social media, it seems.

Anyway, Wheel of Fortune needs to back down and give her the car. It’s Christmas Week, she correctly solved the puzzle, and their subjectivity is pointless.