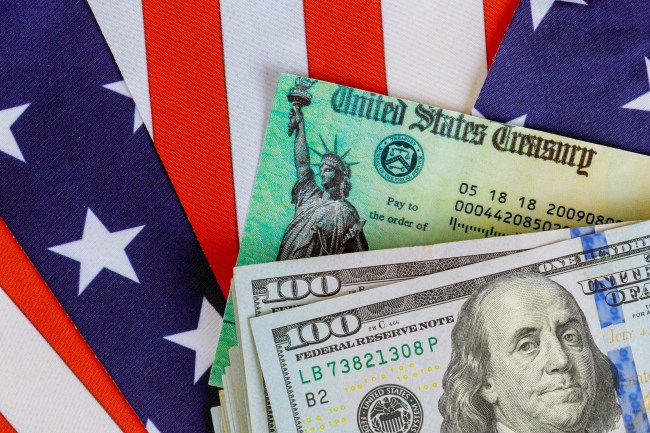 As several major cities around the country are still weeks away from reopening the White House is reportedly discussing injecting more into the economy via stimulus payments.

On Tuesday, White House economic adviser Kevin Hassett told the media the White House is “studying carefully” whether to provide those who qualify another round of $1,200 stimulus checks in a phase 4 deal.

White House economic adviser Kevin Hassett tells reporters the administration is "studying carefully" whether to provide those who qualify with another round of stimulus checks beyond the one-time, $1,200 direct payments. Says it could be included in a phase 4 deal.

President Trump and economic advisors will likely discuss what they want in their phase four deal that is designed to “build a bridge to the other side” for Americans struggling to pay their bills as states begin to reopen.

“I expect it is very likely there will be a phase four deal and we’re going to be speaking with the president throughout the week about what he thinks should be in there,” Hassett said.

“I know that Senator [Mitch] McConnell and Speaker [Nancy] Pelosi are working on that as well. So, I think the odds of there not being another round, at least another round of legislation are pretty low,” he continued

Hassett told reporters Tuesday that the administration’s economic policy was designed to “build a bridge to the other side” so that Americans would be able to pay their bills during the period of economic distress caused by the novel coronavirus outbreak.

It’s currently unclear when the House will begin to look at a new stimulus bill now that House Majority Leader Steny Hoyer told the media on Tuesday that the House will no longer come back next week after speaking to House physician.

WOW. Hoyer tells reporters that the House will no longer come back next week after speaking to House physician.

"We made a judgment that we will not come back next week."

A lot of members & staff feeling MUCH better now that House won't come back next week.

Both Ds and Rs were anxious — some even outright terrified — of coming back, which would defy health guidance from WH and D.C. itselfhttps://t.co/TKQNLZuO38

"We had no choice," Pelosi says of decision not to bring House back next week.

"If the Capitol physician recommends that we not come back, then we have to take that guidance.”