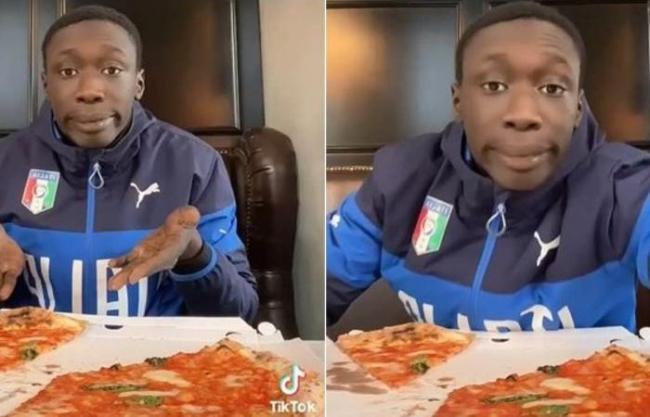 There’s a whole lot of nonsense on the Internet. TikToker Khaby Lame has made it his mission to help us sift through it.

The Italian TikToker has exploded on the platform in recent weeks. He hit the TikTok lottery, carving out a niche with videos that make fun of the many over-the-top life hack videos that plague TikTok and other platforms.

Khaby’s clever deadpan videos took off via the For You Page, quickly becoming an international hit on the platform.

Who is Khaby Lame?

Khaby Lame’s real name is Khabane Lame. He’s a 21-year-old rising Internet star from Italy, captioning videos in both Italian and English. Khaby was born in Senegal and raised in Chivasso, Italy. In April 2021, his following on TikTok surpassed Gianluca Vacchi, making him the most followed Italian TikToker.

Based on his TikTok profile, it looks like the launch of his YouTube channel is eminent. He also appears to be signed to social media manager Riggio Alessandro.

To put this into context, he now has more followers than some of the biggest stars on TikTok, including Jason Derulo, Loren Gray, and Dixie D’Amelio. According to Social Tracker, he earned over 15 million new subscribers in the last two weeks.

The genius of Khaby’s videos stems from the fact that there’s A LOT of garbage out there that passes as useful information online. Life hack content is the worst at this. Sometimes it’s great and useful! Sometimes videos overcomplicate the simplest of everyday situations. They pretend to be useful and have some sort of utility to the audience, yet it’s almost never rooted in practicality or critical thinking relevant to a situation.

He recently posted video calling out a “pizza hack” about the little table that comes in pizza boxes. His reaction is the personification of the term SMH:

A classic example – In 2012, Buzzfeed suggested that people use a coffee pot to cook broccoli, eggs, and hot dogs. This is a great idea if you’re locked in a closet with a coffee pot and those items. But for 99.9% of the human population, cooking these items in a coffee pot is completely deranged behavior. It’s an appliance made specifically FOR MAKING COFFEE, after all. Most people have access to a stove and a pot for the other stuff.

Life hack videos are almost always contrived or performative, designed to game an algorithm for clout by using the word “hack” as a framing device for the content.

Creators who make these videos usually lean heavily into a method of online content creation called “the curiosity gap” – positioning a piece of information to be more interesting or useful than it actually is.

Think of it as a cousin to clickbait. It’s a term that got really popular eight years ago when Upworthy first started gaming the Facebook algorithm by being purposefully vague with their headlines, leveraging the reader’s curiosity to click through to read an article.

Curiosity gap content is enjoying a renaissance on TikTok. It rewards audiences with a reveal in the content. Unfortunately, sometimes it’s completely asinine.

What’s so great about Khaby Lame?

And that’s where Khaby has found his lane.

If you’ve ever asked yourself “why the heck would anyone do this?!” while flipping through TikTok, Khaby is for you.

Khaby Lame shows off how a life hack should actually be done.

The best part – his delivery comes a deadpan shrug, straight to the camera for a laugh.

Below, I’ve compiled a couple more Khaby Lame greatest hits. Will be fun to watch his career explode in the not-so-distant future.

From Idol to Uncle it’s just a moment, This apple is for you🤣@alessandrodelpiero Da Idolo a Zio è un attimo, questa mela è per te. #LearnFromKhabi

Why’d you ruin a shirt?